After being treated to a heck of a card last Saturday (I am still crying over BJ Penn’s loss…) the UFC is turning around and putting together, not one, but two free cards this weekend on two separate continents. In addition to the two Zuffa promoted cards, Bellator has two tournament final tilts taking place Friday night on MTV2.  We kick off the weekend with UFC on FX: Sotiropoulos vs. Pearson, which is serving as the finale for The Ultimate Fighter: The Smashes which pitted UK fighters, coached by Ross Pearson, against an Aussie team coached by George Sotiropolous.  According to interweb buzz, this foreign iteration of TUF has been highly entertaining and the fights have been solid week in and week out. Competing with the Friday FX card will be Bellator 84 that features the Heavyweight and lightweight tournament finals.  We also get to see Felice Herrig on the televised portion of the card, which doesn’t suck…

After the foreign TUF finale card on Friday, Dana White and co. jet set back the US and reassemble for the TUF 16 finale in Vegas on Saturday evening. With only one fight booked containing contestants from the sixteenth(!) season of TUF, you can assume that the quality of this season of the tiring reality show really left something to be desired.  With fights like Melvin Guillard v. Jamie Varner and Pat Barry v. Shane Del Rosario booked under the Main Event of Roy Nelson v. Matt Mitrione, this event looks like it will take the cake for the best of the weekend. 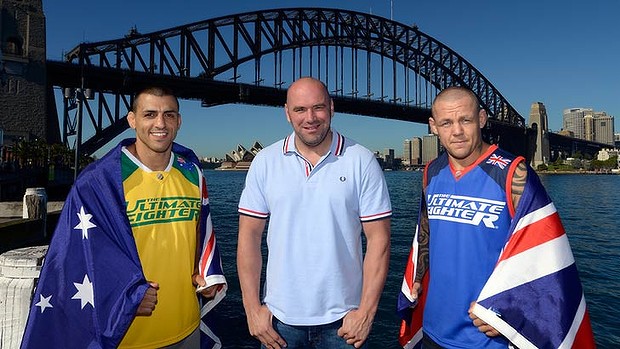 This card is shaping up to be a nice little appetizer for the main course in Vegas on Saturday night.  The prelims will be aired on Fuel and I believe Chad Mendes and Igor Pokrajec will come away with victories in the early fights.

The FX main card starts off with one of the best fights of the weekend between Rousimar Palhares and Hector Lombard. I can’t think of two more intimidating guys that the UFC could possible toss in the cage together. Both guys are coming off losses and I assume that this makes them angry, and you don’t want to see them get angry… The winner here will be looking to reassert his position towards the top of the division. Lombard didn’t really impress me in his promotional debut (Don’t tell him I said that though…) and I look for Palhares to add another leg to his collection with a submission win.

Admittedly, I haven’t watched a second of TUF: The Smashes, so I won’t pretend to know anything about the two reality tournament finales, but according to Ariel Helwani, Colin Fletcher who is in the Lightweight final is quite the character. He may be worth Google search if you have the free time.  The Main Event of the evening, as usual on these TUF finales, pits the coaches of each respective team against each other in a grudge match of sorts.  Going against recent trends, neither coach has sustained an injury and Ross and George will both be entering the cage at 155 pounds in Australia.  Sots has dropped two in a row, while Pearson has lost 3 of his last 5.  George is an ace off his back while Pearson is a wrestler to the core. I think Ross will be able to avoid Sots’ submission attempts and earn himself a decision victory based on some dominant ground and pound action.

This card was hurt when Christian M’Pumba was forced off due to injury, but there are still three decent fights that would be worth recording if you are planning on tuning into The Smashes finale.  The night starts of with Felice Herrig looking to keep up her winning ways, which again, doesn’t suck. The lightweight tourney final pits Dave Jansen against Marcin Held. I think Marcin takes this one via submission. He looked solid in his toe-hold victory over wily vet Rich Clementi.  The Heavyweight tourney final promises to end with someone seeing stars. Knockout artists Alexander Volkov and Rich Hale will look to put each other to sleep in Bellator 84’s Main Event.  I was really impressed with what I saw earlier this year from Volkov and predict he will end the night by dropping Hale and forcing the ref to intervene. 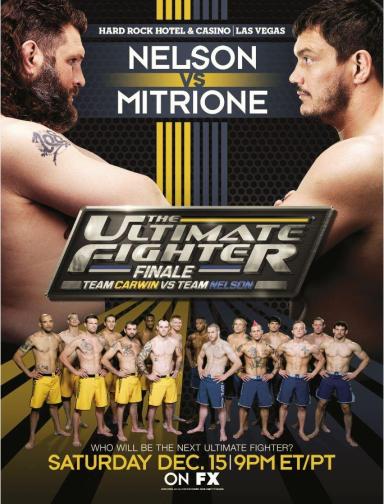 Here we go, this weekend’s main course, the TUF 16 Finale. The night starts off with a featherweight tilt between Jonathan Brookins and Dustin Poirer. We haven’t seen Poirer since his crushing loss to Korean Zombie in a Fight of the Year nominee.  Poirer has talent for days and I expect him to take out all the anger from that loss to KZ on Brookins. Look for a late submission victory from Diamond. 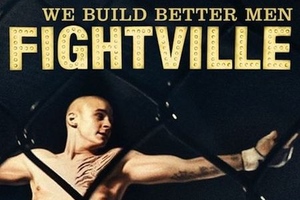 A must watch documentary about Dustin Poirer!

Speaking of Fight of the Year nominees, Melvin Guillard v. Jamie Varner has all the makings of a barn burner. We know both guys love to stand and bang and I think Guillard has more to prove here and will make quick work of Varner with a TKO win. Next is a heavyweight scrap between Pat Barry and Shane Del Rosario. If we look at a common opponents, it would be easy to predict Del Rosario as the winner because he submitted Lavar Johnson back in February 2011, while Barry was knocked out by Johnson in May 2012. Barry and Del Rosario are decorated kickboxers outside of the Octagon and this one has all the makings of a stand up war with a highlight reel KO to cap it off. Barry has a great personality outside of the cage, but he doesn’t seem to have that killer instinct inside of it to finish his opponents. I think the reserved Del Rosario uses his improved technique to shut Barry’s lights off in the late second round.  I haven’t watched much of this season of TUF, but I do know a few things about finalist Mike Ricci (Very candid interview with him here). He is Rory MacDonald’s TriStar homeboy and seems to be the inspiration for Rory’s new “image”.  Ricci takes on Army vet Colton Smith in the season’s welterweight final.  I usually always root for the Army guys, but Ricci’s time at TriStar is going to prove to be the deciding factor in his victory. Those guys up in Canada must be putting something in the water because everyone in that gym has been putting on dominating performances of late and I expect Ricci to do the same on his way to a decision victory.

When this doesn’t put you to sleep, nothing can…

Since Shane Carwin had to pull out of the Main Event with a knee injury, Meathead Matt Mitrione was given a chance to duke it out with Roy Nelson and his belly.  Mitrione had been campaigning for a bigger fight than his scheduled December booking with Phil Defries, and he certainly got what he asked for with a replacement bout against Big Country. It is tough to take either of these guys seriously because of their personalities, but Nelson is a top notch fighter that Mitrione should not take lightly.  Mitrione has expressed his willingness to stand and trade with Roy, but to me, that seems foolish. Roy may not have the greatest record in MMA, but his experience will give him the edge against the still green Mitrione. In his UFC run, Nelson has gone the distance with JDS, Mir, and Verdum while knocking out the likes of Schaub, Struve, Herman, and frickin’ Cro Cop! Mitrione has never been in the cage with anyone that has half the experience that Big Country has against elite competition. Mitrione is in for a rude awakening when he comes out of a brief coma induced by Roy Nelson’s right hand on Saturday night.

There is no doubt that if you throw on the tube this weekend, there will likely be some MMA to watch. If you check out any of the cards let us know what you think on Twitter or in the comment section!