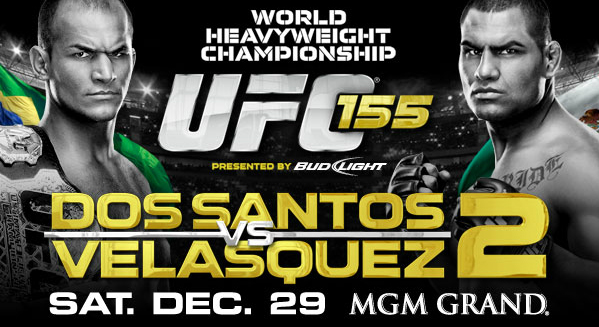 Here we are in the final days of 2012 and one of the biggest (metaphorically and physically) fights of the year is going down on Saturday night. Like most other events in 2012, this card has been hit by injury woes, but from the Facebook prelims to the Main Event, UFC 155 is loaded with promising and competitive fights.  It seems Dana White was saving the best for last, as the final fight of 2012 will be a Heavyweight title rematch between Cain Velasquez and Champion Junior Dos Santos. The two last fought on FOX back in 2011, but rumors of injuries to Cain’s knee before the bout have left many wondering about the validity of Junior’s first round TKO victory. Saturday night’s Main Event will surely provide an answer for those skeptic fans out there. On to the preview!

(My picks for this stacked Undercard in bold)

There are some great fights on the Prelims tomorrow night, Guillard/Varner was PPV material and guys like Michael Johnson and Brad Pickett are on hot streaks and looking to climb their respective divisional lers. Interestingly enough, Todd Duffee makes his promotional return on the Facebook prelims. The Duffman was cut from the organization in an odd ordeal back in 2010 and will be looking to prove his doubters wrong against Phil Defries.

It is great to see ‘The Crippler’ back in the Octagon knowing that he has put his personal demons behind him and is working towards a better future. Leben hasn’t seen cage time since losing convincingly to Mark Munoz at UFC 138. The idea of ‘Ring Rust’ is always present when someone of Leben’s age hasn’t thrown live leather in over a year. His opponent, Derek Brunson, is coming over from the corpse of Strikeforce and is another product of the injury bug. Brunson is a talented wrestler who, because of necessity, is one of the few UFC fighters to make his debut coming off two straight losses to ‘Jacare’ and Kendall Grove. I have no idea what version of Chris Leben will show up tomorrow night, but I believe that even 75% of The Crippler is enough to earn a decision victory over 100% of Derek Brunson. Leben by Decision. 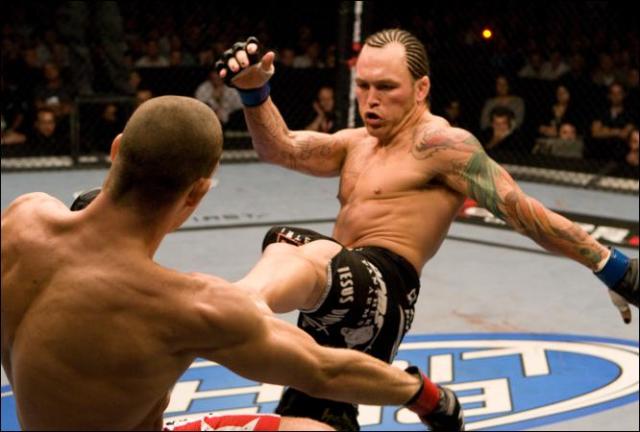 This tilt could be billed as the most important fight that no one is talking about. Belcher has put together four wins in a row at 185 lbs and is attempting to force his name into the Middleweight title picture that currently involves the likes of Bisping, Weidman, and Boetsch.  Some may remember that these two fought at UFC 62 in their respective promotional debuts, with Okami earning a decision victory. It is safe to say that both have developed entirely new skillsets and styles since then and it is tough to base any prediction for tomorrow’s scrap on that bout nearly six years ago. Alan Belcher has impressed the heck out of me as of late; when he took Palhares to the ground and beat him at his own game I was utterly shocked and bewildered that such a brash game plan worked for ‘The Talent’.  Early in his career, Belcher struggled with high-level grapplers, but I don’t see Okami’s judo being a problem tomorrow. Looking into my crystal ball, I see Belcher avoiding Okami’s tendency to clinch and keeping the fight at the distance, while inflicting damage with his kickboxing on his way to a decision win. Belcher by Decision.

I look at this one as The Maine Farm boy with Hulk-like tendencies versus the boxer from Cyprus with lead in his hands . In all likelihood, one of these guys is getting knocked out tomorrow night, and in turn that will ‘knock’ them out of the Middleweight Title picture. Boetsch is used to being the underdog and exceeding expectations, but I don’t see him pulling another super-human stunt like he did against Okami against Costa. Costa’s boxing is some of the best in the division and Tim has struggled against quicker, more athletic, opponents that are willing to engage. Tim will look to grind Costa on the cage, but I can see the Cyprus national getting in some short, but freakishly powerful, shots in close that will lead to an eventual TKO for the man from Cyprus. Philippou by TKO.

I would throw a 97% probability that at least one end of the night award will be going to one of the dudes booked in the Co-Main Event of the evening. Miller is coming in as a favorite in the eyes of the wise guys in Vegas, as they believe his size and strength will allow him to control the wiry Lauzon for three rounds.  I don’t necessarily see it that way, I look to the Diaz/Miller fight and how a thinner Diaz was able to utterly dominate Miller for two rounds. I think this one could be a carbon copy with J-Lau taking the place of Diaz. Joe always looks to push the pace early and I see him hurting Miller in an opening salvo. In turn, Miller will look to take the bout to the ground in order to regain some sort of control and composure. Once on the mat, Lauzon will fulfill the prediction he made to Ariel Helwani and submit Miller in the second round. War Lauzon! J-Lau by submission. 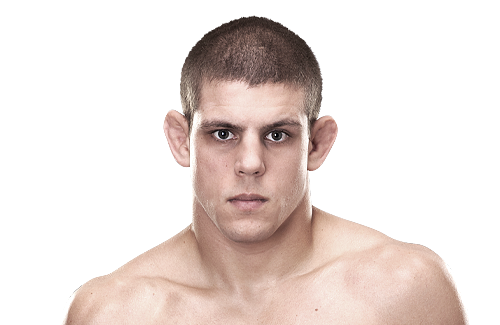 Whatever happened at that first FOX fight between these two can be thrown out the window as we approach the Main Event tomorrow night. Rumors of injuries and other maladies have devalued the outcome of that fight in many fan’s eyes.  From what we can gather, tomorrow night we are getting the best versions of JDS and Cain that we have ever seen and are in for a hell of a show between two of the premier athletes in the sport. JDS claims that he is bigger, faster, and stronger than ever as he prepares to enter the Octagon on Saturday; which is a scary statement for any heavyweight in the world to hear. We all know that Cain is a superior athlete to almost anyone in the Heavyweight division and his cardio is second to none, but with Junior’s new training techniques I can see him holding onto this belt for a long time to come.

JDS’ takedown defense is absolutely ridiculous, I recently watched his bout against the human wrecking ball that they call Shane Carwin and a younger, supposedly ‘weaker and slower’ Junior deflected Carwin’s takedowns with ease. If the bout moves to the Championship rounds, Cain may gain an advantage with his otherworldly cardio, but I don’t see this one going that far. Look for Cain to push the pace early and bring the fight to the Champ. He will try to get in close to Dos Santos with strikes and will likely shoot for a takedown at the first sign of trouble. Anytime someone’s face gets within punching distance of JDS, it seems they get knocked into next week and with this new and improved JDS, I see that happening to Cain again tomorrow. Look for Cain to tangle up JDS in the second round and for JDS to drop him with an uppercut, leading to a TKO. JDS by 2nd round TKO. 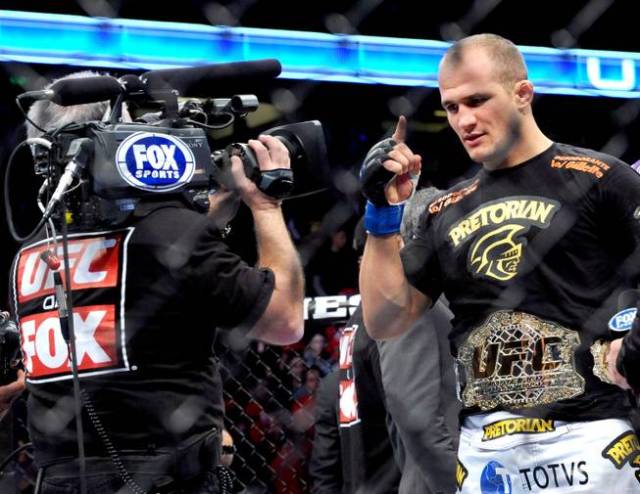 Enjoy the fights and have a happy New Year!