Well, well, well. It hasn’t been a fun week in the world of ALar. I had an exhaustive event preview in the can for all of you loyal readers out there, but my trusty Macbook decided to bite the dust last night and it was lost forever. But fear not, I fought tooth and nail in order to provide my fans with some sort of event preview for one of the biggest (literally and figuratively) UFC cards of the year. We have four of the top Heavyweights in the world in action tonight, so that you get your buzz going. Combine that with an absolute barn burner of a Lightweight match-up between Gil Melendez and Diego Sanchez and you have a night of cant miss fights! On to the preview…

Hands down, John Dodson is my favorite fighter to watch in the Flyweight division. He has uncommon power in his hands for the weight class. The kid is a character inside and outside of the cage and that is a characteristic that is all too rare in the lower weight classes. Montague’s signing to the promotion was much ballyhooed, but Dodson is by no means an easy fight for a promotional newcomer. Last time we saw Dodson he was fighting for the Flyweight Title, and that is where he belongs. Dodson wins this by overwhelming decision. 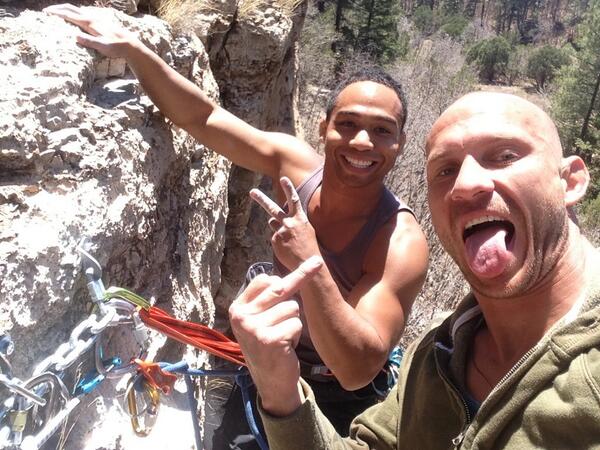 Bros will be bros…

Both fighters are coming off TKO victories, but neither seem to be shooting up the Heavyweight rankings. Jordan is a heck of an athlete, but his skill level is severely lacking to compete with the best of the big boys. While on the other hand, Gonzaga hasn’t been able to capitalize on his own advanced skill-set and string several wins together as of late. Someone is getting KO’d here and that is why this tilt is on the Pay Per View card. I’m not sold on Jordan yet, so I am taking an early TKO for Napao.

In an alternate universe, Gilbert Melendez is the UFC Lightweight Champion. In my mind, he defeated Benson Henderson on that FOX card and has a claim as one of the top 155ers on the planet. Opposing Gil tonight will be the always game Diego Sanchez. Coming off a controversial win over Takanori Gomi, Sanchez is looking to unleash the fury that we saw earlier in his career. Sad to say, I think the berserker style Sanchez has seen better days. Melendez is an elite talent and should fight again shortly for the Lightweight strap, after he wins a unanimous decision tonight. 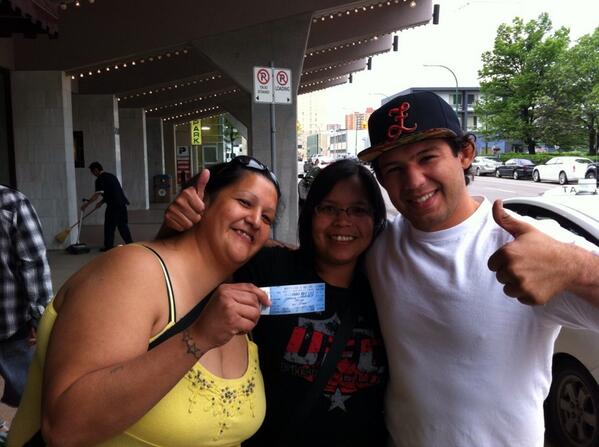 Cormier was in incredible shape for last night’s weigh ins, that’s for damn sure. His drop to 205 is imminent, but he first has to dispatch the iron chinned Roy Nelson. Nelson always has a puncher’s chance in this tilt, but Cormier can easily outclass Big Country in almost any aspect of MMA. DC could keep Roy on the mat for 15 minutes, or wear him down with pick and pop striking for three rounds. It is his call. I doubt Cormier is going to strike toe to toe with Nelson in order to avoid the inevitable haymakers. This fight could be another grinding effort from the AKA product Cormier, and it may not be pretty to watch, but DC will leave the cage with a decision victory. 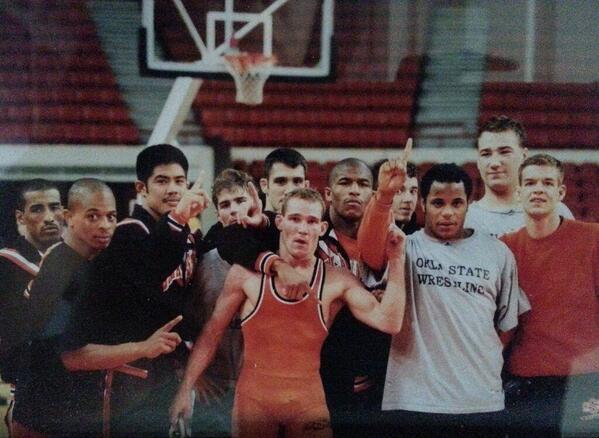 Spot the young DC!?! Notice anyone else familiar?

We all know the story leading up to this trilogy scrap. Junior dispatched an “injured” Cain in less than two minutes, while Cain drubbed a weary Junior for five rounds the second time they met. Common sense dictates that Cain will be able to duplicate that performance, but a few facts make that a tough pill for me to swallow.

First off, there is that rumor that Junior was ‘overtrained’ for the second fight, whatever that means. Regardless, JDS has been running an Ivan Drago-esque camp where his every bodily function has been monitored. If overtraining was indeed an issue last time out, that has rightfully been corrected.

Second, why the heck didn’t Cain finish Junior if he was beating up on him so bad? Cain said he ‘wasn’t looking for a submission’ but I have a hard time buying into that. Simply put, Junior took the best that Cain had to offer and stayed conscious through it all. Cain took one sharp hook from JDS and went to sleep.

My own prediction is leaning toward the Brazilian giant. I like his chance to tag Cain’s chin one time and end the fight. Cain could dominate for round after round, but if Junior connects just once, he has a chance to take the belt back. The official call is, Junior Dos Santos by 3rd round TKO. 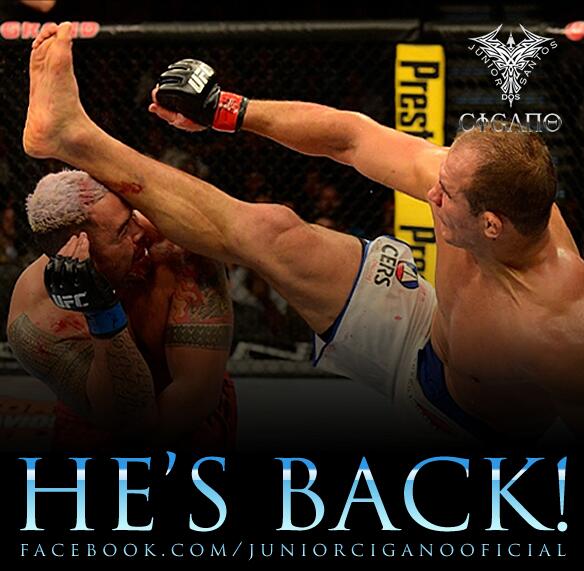 The Champ is back!