Grab a Foster’s and settle in for this rare Friday night UFC event. Due to Brisbane being on the opposite side of the world than most of the UFC’s loyal fan base, this event will air live on Fox Sports 1 at 9 PM Friday instead of the promotions usual Saturday slot. I can’t complain as this adds to an already stacked weekend of combat sports (Legacy, Invicta, ONE FC, and WSOF all have cards going down this weekend as well). This card is surprisingly solid for a “local” Fight Night event. Any and all fighters with any sort of name recognition and some sort of Australian relation have found their way to this event. Looking at the card’s content, we will get  treated to a few slobberknocker Heavyweight scraps, as well as the return of ‘Shogun’ Rua. The Main Event is a mythical matchup between Mark ‘The Super Samoan” Hunt and Antonio “Bigfoot’ Silva. Spoiler alert: someone is going to sleep in that one. From top to bottom, this Aussie event has the potential to be one of the most entertaining of the year. Hit the jump to check out the preview!

(Author’s Note: Who the heck are these guys??? 100% made picks on whose name is more intimidating…)

Julie Kedzie is a pioneer of the women’s MMA scene and a hell of a character to boot. Is she going to be a top Bantamweight contender anytime soon? Doubtful, but this fight with ‘Pitbull’ Correia may be a way of the UFC and Joe Silva saying ‘Thank You’ for the years of service. Kedzie by Decision.

Never bet against a dog wrassler…

Aside from Uriah Hall, these two showed yours truly the most promise as mixed martial artists on the relatively lackluster TUF 17 season. Andrews is fights like a dog and possesses lethal kickboxing. It sure as heck won’t hurt the Kiwi’s chances when the hometown crowd gets behind him on Friday. Opposing Andrews will be the intimidating Clint Hester. The guy is a specimen and has stupid power in his hands, but his cardio may be questionable at best. Expect fireworks from these two former housemates and my guess is that Andrews eeks out a decision win.

No, that is not Bane, just some dude named Dylan.

Slobberknocker city! Did you watch Soa Palelei’s last fight? For your well-being, I hope not. It was a horrendous fight, but it was some sort of spectacle when two gassed sluggers focused all of their might on merely remaining upright on their feet. In a vacuum, Pat Barry wins this fight with relative ease, but it is very possible that Aussie Palelei uses the hometown crowd to live up to his nickname, “The Hulk”. Barry is as technical a kickboxer as there is in the Heavyweight division, but Soa is notoriously hard headed. He has only been knocked out once and it was at UFC 79 to Eddie freakin’ Sanchez of all people. I don’t see Soa going down without taking a serious beating, but Barry’s superior athleticism and technique should earn him a late stoppage.

Rememeber when ‘Stone Cold’ Steve Austin would wrestle some no name jobber just so he could hit a few Stunners and crack some brewskis for the crowd? That’s what we call a “Squash Match,” and that  is exactly what this booking is. Perosh is a decorated ground artist, but his all around game is severely lacking. He got lucky with a KO of fellow ground ace Vinny Maghalaes, but I don’t see any four leaf clovers in his future against Ryan Bader. Bader’s wrestling can neutralize Perosh’s mat attack and it is no secret that if ‘Darth’ connects with one of his gloves, dudes go to sleep. I expect Bader to make quick work of Perosh with an early TKO. 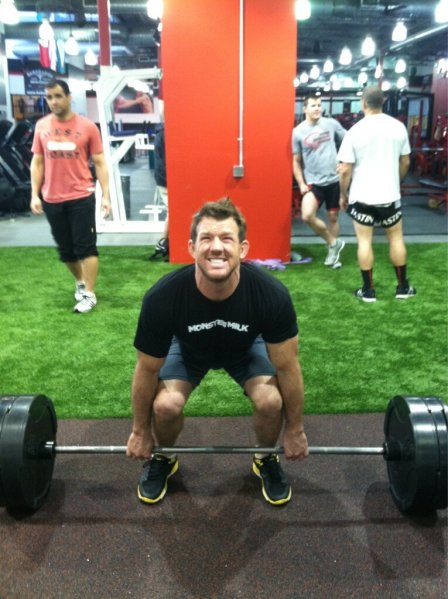 I can’t believe that a Shogun Rua fight is flying so low on the radar in the MMA community. This guy is an bonafide legend and this tilt is simply being overlooked. Sure, he hasn’t looked all that spectacular as of late, but when he is booked against another aggressive striker like Te-Huna you would think all of the PRIDE fan boys out there that populate the MMA blogosphere would be salivating.

At this point, Te-Huna’s skills outweigh his name recognition, but in front of his fellow countrymen he should be a massive fan favorite. Both fighters are ferocious strikers that lack a sense of technique to their game. Shogun has this crazy tendency to appear fully exhausted after just one round but continue to fight on effectively for another four. As a Shogun fan, Te-Huna’s gas tank is what scares me here. He has no issue going the distance while throwing lead laden hands until the final bell. In my eyes, as well as the wise guys in Vegas, this fight is as close to a toss up as it gets. Will it be entertaining? No doubt. Does it have Fight of the Night potential? 100%. My heart wants to see Shogun win, but my brain calls for a Te-Huna decision victory. 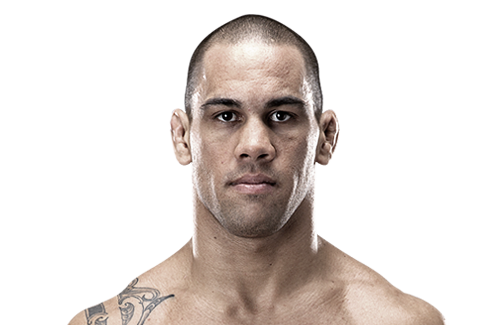 I’ll save the fluffy fight analysis for you on this one… Mark Hunt is knocking Bigfoot Silva out on Friday night. Remember the last time Hunt fought a massive, plodding striker? HE SHATTERED HIS FREAKIN’ JAW.  Throw in the fact that it took the best striker in the division (JDS) almost three full rounds to finally shut out the lights on Hunt back at UFC 160 and I just don’t see how this guy loses this fight. Bigfoot has some great highlights on his resume, but he hasn’t exactly been the one pushing the action in those clips. His big wins are more a product of the other fighter either taking him too lightly or getting injured (‘Reem/Browne…). Not to be crass, but Bigfoot’s dome provides a large target for Hunt to land his patented haymakers upon. I can see him toppling Silva in the second round with a looping right hand to a rousing ovation from the Aussie faithful. 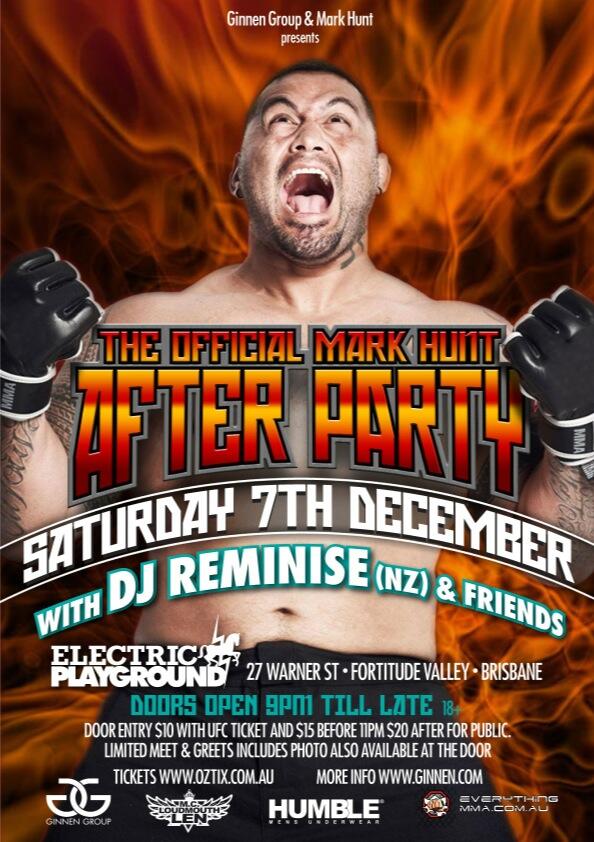 Where is my invite?