Should you buy UFC Fight Pass?

The simple answer is: Right now? No, you shouldn’t.

More after the jump.

Don’t get me wrong, UFC Fight Pass is an amazing service in theory. A backlog of every Zuffa owned (UFC, Strikeforce, Affliction, PRIDE , WEC, etc.) fight available at my fingertips? Sign me the heck up! Though in its current form, Fight Pass isn’t worth the dough. There isn’t enough original content to justify forking out ten bones a month for access. How often will your really go back and watch old UFC fights? I’ll admit, I went back and watched a few classic BJ Penn scraps when I first signed up, but before sitting down to pen this blog, I hadn’t signed back in for any reason whatsoever. That is coming from a self-confessed fight junkie. Since checking back into the service I did fall into a rabbit hole of Mark Coleman PRIDE fights, which is where Fight Pass shines right now.

The best part of Fight Pass. So far…

One of the sub-headings under the Fight Library is Fedor: The Man, The Myth, the Legend. This is awesome. No doubt about it. Right now though, the fights presented are just cut from the Best of PRIDE TV series. To capitilize on this service, the UFC needs to add some fresh insight from past and current fighters to make me want to rewatch PRIDE events from 2006. Imagine Cain Velasquez or Daniel Cormier watching an old Fedor fight and breaking it down for you? I would gladly pay $10 a month if I was getting brand spanking new content like that. I need something more than digital access to a fight library. 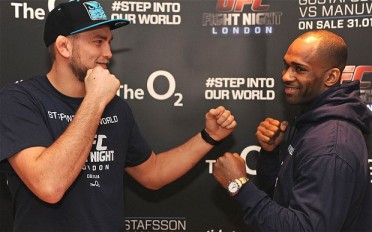 Would you pay for this??

The UFC Fight Pass is just in its infant stages. The paywall kicks in at midnight tonight, as tomorrow morning’s TUF China Finale is the first event that you must pay for in order to watch. Is there really a fight on that card that is worth your hard earned dinero? I think not, unless you are a really hardcore Shawn Jordan fan…

Will the Gustaffsson/Manuwa fight coming up later this month entice me to hand my credit card over to Zuffa? It just might, but still, I won’t commit to signing up for the glorified digital fight library just yet. I need original, Fight Pass only content to make this thing worth my time. The straw that breaks the camel’s back for your boy ALar signing up for Fight Pass may indeed be the upcoming TUF: Brazil season. Just watch this video and tell me you wont empty your wallet to find out what happens next.

As of right now, I don’t see a reason to pay for UFC Fight Pass unless you are a crazy dedicated fan that will spend your evenings pouring over antiquated events and fights. The horizon is bright for Fight Pass though, with better fights and fresh original content coming sooner than later.

2 Responses to Should you buy UFC Fight Pass?