Is Conor McGregor the Star the UFC Needs?

In case you have been living under a rock for the last week, Dublin’s own Conor McGregor is headlining a UFC card in his hometown on Saturday. If you don’t know, McGregor is the brash, cocky, and deftly skilled featherweight that has been plastered all over your favorite MMA news site for the last 7 days.

In the vacuum created by the extinguished stars of Brock Lesnar, Anderson Silva, and Georges St. Pierre, the UFC universe is in dire need of a fresh hero. In my opinion, Conor McGregor is just the man for the job. That isn’t just the Irish blood running through me saying that either, I believe the organization could bank on this kid for years to come.

First, the Notorious One can handle the media like no other. Few fighters can give a thought-provoking and entertaining interview like Conor can. Just look at any of his appearances on The MMA Hour or his recent walk and talk with Ariel Helwani. He has a dignified, yet defiant tone when he speaks. He can talk intelligently about the sport’s past and where he is going to bring it in the future. All while letting you know he is undoubtedly going to crack his opponent’s skull come fight night. Do you think any other fighters the day before weigh-ins are going to take the time to fully engage an MMA journalist? I doubt it. His personality comes naturally, which is a rare trait for athletes in this sport.

McGregor has a colorful personality that is genuine, yet still cocky enough to sell a scrap. He isn’t the type of guy to say he will fight, “whoever the UFC wants” next. He will loudly call out anyone and everyone from the Featherweight title holder to the Lightweight champ if he wins come Saturday night. In an organization lacking characters, McGregor fills a role that desperately needs to be casted for the sport to continue to thrive.

Second, the man has a nation behind him. As Helwani pointed out in that interview, the last time we saw a country show such rampant support for an MMA fighter it was with GSP and Canada. This event in Dublin was the quickest sell out in the history of the UFC. That was with Conor slated to fight the humdrum Cole Miller. Diego Brandao isn’t much of a step up, but he will show the fans in attendance the definition of a ‘stand and bang’ scrap. Conor said it himself, he is bigger than the UFC in Ireland. More people know who he is, rather than what he does. That will change come Saturday night, when Ireland is introduced to the addictive UFC machine. 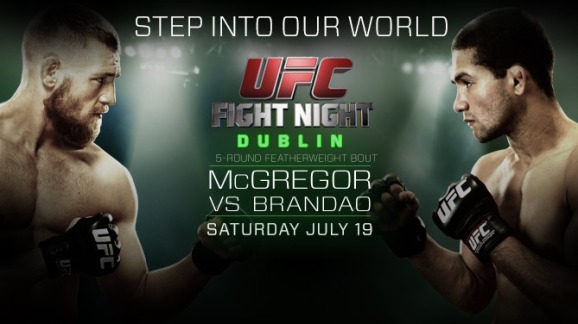 Even after putting on the performance of a lifetime against Jon Jones, Alexander Gustaffson didn’t have enough pull to get the rematch booked in a stadium in his native Sweden. Conor McGregor could pack a stadium in the UK to the rafters, with thousands left standing in the parking lot. I don’t think it even has to be a title fight. Throw him against Swanson, Edgar, or say… Nate Diaz in a soccer stadium and let the seats fill themselves. He has the market cornered and can basically authorize the UFC to print money in the UK.

Finally, and most importantly, the kid can fight. He always puts an emphasis on his movement and how it is just… different. “I don’ move like errbody else in dis division,” he says. He’s right. His low base and rapid direction changes make him one of the most unusual fighters in the sport. His striking technique seems to be a combination of boxing, karate, and stuff he saw on YouTube then tried in the gym. Have we seen his ground game fully tested? Not really. Training with a mat stud like Gunnar Nelson on a daily basis certainly should help improve that area though, right? The kid has it all. A will to finish, a warrior’s spirit, and elite technique. If you ask me, that is all you can ask for when creating the ideal UFC fighter. 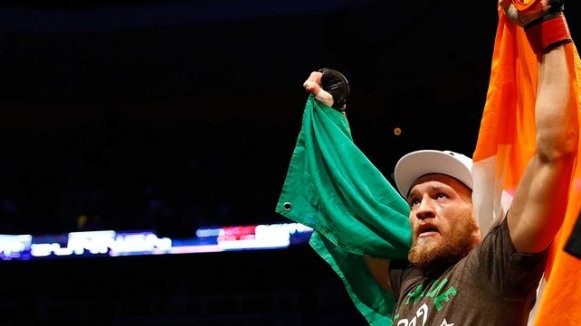 Conor’s prediction of holding UFC gold prior to the end of 2014 may be a bit of a stretch, but would you bet against the guy? He has triumphed over every goal he has created for himself.

Earn a stoppage in his first UFC fight? Check.

Bring the UFC back to Ireland? Check.

What’s next? A title fight on European soil? Being the third two-division UFC champion? Who knows… Though, let it be know that the sky is certainly the limit. I for one, am putting all of my eggs in the Conor McGregor basket. He is not the fighter the UFC deserves, but the fighter that the UFC desperately needs. 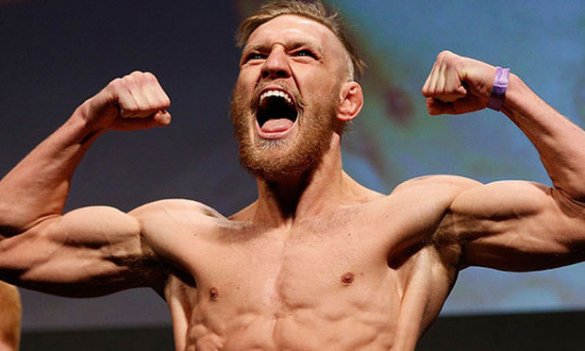 4 Responses to Is Conor McGregor the Star the UFC Needs?