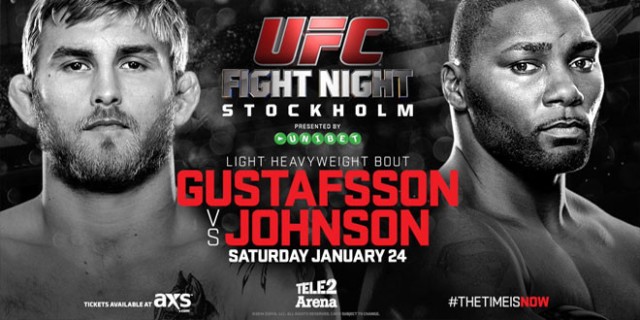 Whew! This one almost flew right by me! With the McGregor madness just subsiding and the simmering fervor for the return of Anderson Silva next week, this seriously compelling FOX card almost soared right under my radar.

The headlining bout is a legitimate number one contender feud between Alexander Gustafsson and ‘Rumble’ Johnson. Let me tell you, I am JAZZED up for this one. Rarely do two fighters with such contrasting styles get in the cage with “it all” on the line. The precursor to this scrap will be the return of Dan Henderson to the cage, this time back at 185. Can the 44 year old keep up his comeback ways against the ‘Young Vagabond‘ Gegard Mousasi? Find out after the jump!

I call this one the battle of the Light Heavyweight division’s wayward sons. Once considered 205 pound upstarts, both of these wrassler’s careers have almost bored themselves to a halt. Neither Davis’ win over Glover Teixeira at UFC 179, nor Bader’s MAIN EVENT (Really?!?) win over OSP in August lit the world on fire.

Are either of these cats beating up Jon Jones, DC, or either of this evening’s Main Event contestants any time soon? Not a chance, but ain’t it convenient to have two other relevant Light Heavy’s fighting on this card just in case Gus or Rumble caught the dreaded injury bug? You know it!

As for the fight, I think Davis still has the most to give the division. His wrestling is stifling, but damn, his striking is a chore to watch. Bader has at least exhibited some pop over the years, but I see Phil being too rangy and too precise with his takedowns to lose to Bader. No surprise here, but Phil Davis by decision. 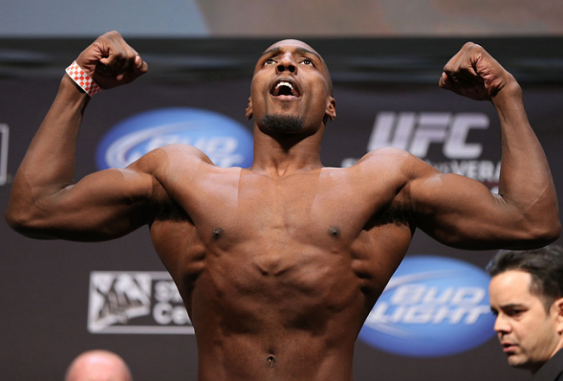 Well, well, well… The mythical Hendo is back in the cage, let’s crack some domestic brews and watch us a good ol’ fashioned slobberknocker!

It’s safe to say that NO ONE expects the over-the-hill Henderson to defeat Mousasi here. Last time we saw Dan, he was getting ragdolled to and fro by DC at UFC 173. Add that beatdown in with the two rounds of buttkicking he took from Shogun before summoning the Holy H-Bomb, and Mr. Hollywood hasn’t looked all that great in his recent run-outs. Frankly, I’m scared for the guy. Mousasi is no skull crusher, but he is a 29 year old world class striker. His movement alone could win him this fight and he wouldn’t have to throw a punch…

Action has moved Henderson’s odds to a nearly 5-1 underdog in the recent days. Who knows why, but late line movement is usually telling. If Hendo can summon the H-Bomb just one more time, I would be giddy as a school girl, but I just don’t see it happening against Mousasi. It might be getting about that time to talk about the “R-word” with Danny boy. Mousasi by decision. 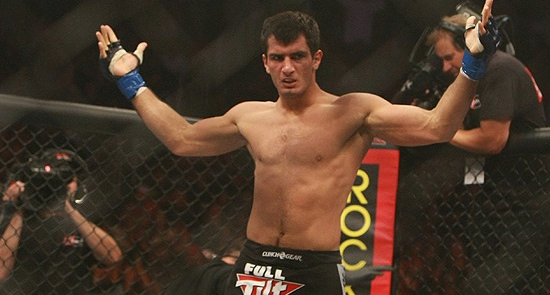 “Do you not want me to beat the Hendo?”

I just don’t get the odds on this one. Have the oddsmakers seen Rumble since his return to the UFC?? The man is a menace! Every single one of his punches is thrown with decapitation as the intended outcome. He obliterated Lil’ Nog and made Phil Davis look like an amateur, yet we still think Gus is going to walk all over him? Rumble is just one punch from booking a date with Jon Jones.

Gus plastered Jimi Manuwa last March, but hasn’t seen action since. Now, I don’t think ring rust will be an issue for the Swede in front of his home crowd, but hey, I wouldn’t want to be facing the beast that is Anthony Johnson on nearly a year’s rest.

I usually never go against the hometown hero, but I am full speed ahead on the Rumble Johnson train. One of his thunderous meathooks is going to land flush on Gustafsson (who hasn’t shied away from trading punches in the past…) and lead to a powerful, powerful KO victory for the Blackzillian. Rumble by TKO. 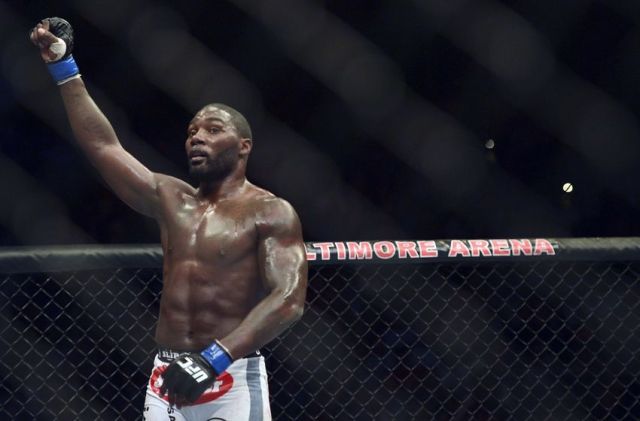 On to Jon Jones!

This entry was posted in MMA. Bookmark the permalink.