Here we are almost one-month removed from the cataclysmic circumstances surrounding UFC 151. With the organization forced to cancel an event for the first time in its history; fans, media, and even promoters were scrambling to identify someone to throw the blame upon. Most every party involved tossed the blame for the cancelation upon Jon Jones and his coach, Greg Jackson. Dana White publicly lambasted the Light Heavyweight Champ, even going as far as declaring his coach Jackson a “sport killer”. Now fast forward a month, and White and the UFC have to turn around and promote an event with Jones as the headliner. After 151 was canceled, anyone that could have even remotely deserved a shot at the title denied a possible match up with Jones citing the time constraint of a September date wouldn’t allow for a proper training camp. I guess that makes sense…  When things looked bleak for the organization to have their cash cow defend his belt within the window they had hoped, the clouds parted and the MMA world was enlightened to learn veteran and former champ Vitor Belfort would fight Jon Jones at UFC 152. The Toronto card already featured the inaugural flyweight title fight between Joseph Benavidez and Demetrious Johnson and adding the Jones fight just sweetened the pot for the Canadian crowd. I’ll discuss whether Vitor actually has a shot at beating Jones a little later, but it is nice to see a guy step up to the plate (and in weight…) to help the company and please the fans. On to the previews!

How this fight isn’t on the main card is a little puzzling to me… Regardless, it marks the return of Vinny Maghalhaes to the UFC. After losing in the finals of TUF 8 and a subsequent bout to Eliot Marshall, Vinny found himself treading water in the free agent waters of the world of MMA. Using a combination of his elite Jiu Jitsu skills and ever evolving stand up, Maghalhaes found himself the Light Heavyweight Champion of the M-1 Challenge promotion.  After some shady proceedings by M-1 management, Vinny wished to leave the promotion, vacate his title, and head back to the UFC. A long contract dispute followed between Vinny and M-1, but on Saturday we will finally be able to see one of the world’s most gifted Jiu Jitsu players back in the Octagon.  Though rest assured, Pokrajac won’t be welcoming Vinny back to the UFC with open arms. The heavy handed Croatian will be looking to stand with Magalhaes and abuse the Brazilian on the feet. Vinny first parted ways with the UFC because his stand up skills were severely lacking. I reckon he may be looking to showcase his improved striking on Saturday. Though, unfortunately, I predict this will be his downfall. Igor is much more experienced on the feet and I don’t see Vinny attempting to grind this out on the ground in his first fight back. Pokrajac by decision. 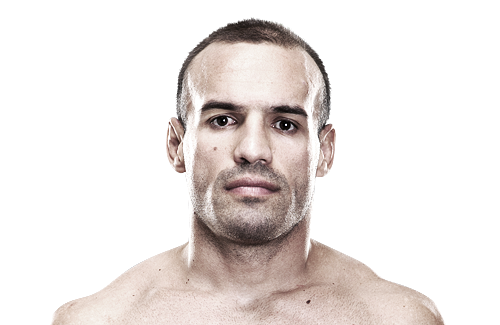 Both of these featherweights are looking to rise in the division standings with a strong performance on Saturday. Swanson likely holds an advantage on the feet, with Oliveira being more gifted on the mat. This fight has all of the makings of a barnburner and I see it ending as the athletes begin to tire in the final round. I think Oliveria will be able to exploit Swanson’s susceptibility to chokes and earn himself a submission victory. Oliveira by submission.

YES! My prayers have been answered! Matt Hamill has come out of retirement!

*Things said by no one…*

Hamill was a great fighter, and an even greater human being who deserves the respect of anyone privileged to know his story. Though coming off two losses, it doesn’t seem as though The Hammer’s return will send shockwaves through the MMA community.  Hamill will enter the Octagon against Canadian Roger Hollet. Never heard of him? Me either. The Canuck brawler is a former Extreme Cage Combat and Maximum Fighting Championship Light Heavyweight Champion, whatever that means… Hollett has a kickboxing pedigree and is no slouch on the ground. I would imagine these two Light Heavys will stand and trade with each throwing in a takedown or two attempting to steal rounds. Hamill may try his ever ‘popular’ lay-n-pray tactic to tip the scales in his favor as well. I believe this one goes to the judges. Something about Hamill making an unexpected return makes me feel the scorers will be on his side… Hamill by Decision. 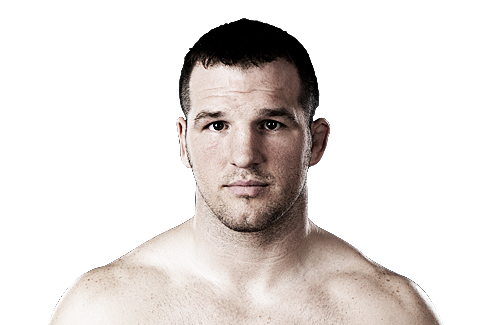 The Hammer strikes again!!! Get it?

Okay, now we are getting to the fun stuff. I will root for Brian Stann in any endeavor he takes on. The guy is a hell of an American and an inspiring role model for all of us. (If you don’t believe me, go here, scroll down to Stann and get informed!).  The UFC is touting this as a UK v. US matchup but it also holds much more significance in positioning for the Middleweight division. Bisping is determined to talk (a.k.a. “Chael”) his way in to title shot against The Spider, while Stann is just looking to climb the 185 lb ladder any way he can. The Count is the more complete fighter in all aspects of the game, but Stann’s power is unprecedented and makes him a danger to give Bisping the ol’ Hendo treatment at any moment.  Picking against Brian Stann is basically like rooting against America, and we just don’t do that here at Moai Martial Arts. I am pretty sure anti-Stannism is a form of high treason in some states.   This pick is definitely fueled by own overwhelming American pride and patriotism, but I am picking Stann by 3rd Rnd TKO. 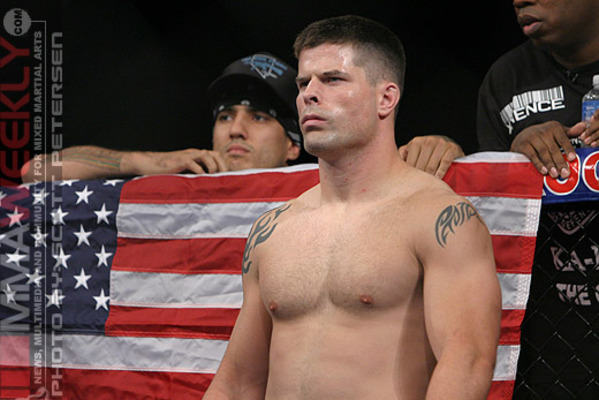 When ‘Bad Ass’ is typed into Google, this picture should be the default result.

Time for the little guys to shine. What can you expect from a flyweight fight you ask? Non-stop action until the final bell? More punches landed per round than any other division? Really tiny dudes attempting to beat the crap out of each other? An emphatic ‘Yes’ to all of the above! Fireworks will fly when the 125 pounders enter the cage to battle for the title on Saturday. Benavidez is coming in to the bout on a hot streak and likely has the better punching power of the two, but Demetrious Johnson is widely regarded as the fastest fighter enlisted the UFC’s ranks. Both have traits that make them an educated pick, but I think Joe B’s camp may be the deciding factor here. The Team Alpha Male product will be looking to bring the belt back to his fellow tiny bro’s and represent for the Sacramento little man crew.  His day-to-day training with the best of the best from the smaller weight classes will give him an edge in the ring on Saturday.  Even though he is lightning quick, I don’t think Johnson will be able to inflict enough damage on Joe B to earn a decision win. Benavidez by decision.

As much as I would love to see the ‘Old Lion’ Vitor Belfort knock Jones’ head off on Saturday, I just can’t dream up any scenario where that possibly happens. Sure, Vitor has absolute howitzers for fists (66% of his wins have come by KO or TKO) but Jon’s reach is so absurd that I don’t believe Vitor will be able to get in close enough to rock Jones in the noggin. Jones will have absolutely no desire to stand and trade with Vitor, thus I can imagine he will pick his spots and strike from outside. If the fight reaches the later rounds, Jones will surely attempt to take Vitor down and ground and pound his way to a victory.  I am praying to whoever Vitor prays to that his head doesn’t end up bouncing up and down off the mat tomorrow night, but that is a highly likely probability.  We always throw the phrase “A Puncher’s Chance” around when predicting fights, but it truly embodies Vitor’s likelihood of victory on Saturday. I hope with every fiber of my being that The Phenom dethrones the Champ, but in all reality I see Bones winning via TKO. Jones by TKO. 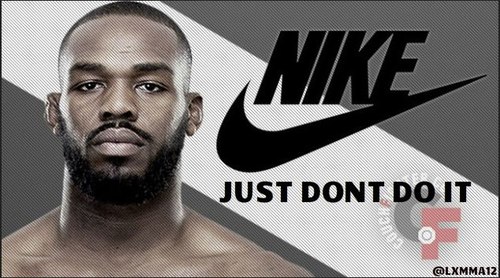 I couldn’t resist! I loathe the guy!

Agree with my picks? Disagree? Are you one of the four fans Jon Jones has left and want to start and internet war with me? Great! Any posts in the comment section are appreciated!