Back to Brazil: Taking a look at Belfort versus Rockhold

The good news? The UFC is back in our lives after a three week hiatus. The bad news? The UFC on FX card going down this Saturday in Brazil isn’t exactly star studded… With stellar cards like UFC 160 and 161 looming in the near future, this card doesn’t really get my blood pumping. Though with the lackluster undercard, the top two fights on FX should be of interest to even the most modest MMA fan. BJJ dynamo Ronaldo ‘Jacare’ Souza will be making his long awaited UFC debut against Middleweight midcarder Chris Camozzi. Jacare was slated to face off against heavy handed Costa Phillippou, but much to my dismay, the boxer from Cyprus had to pull out due to injury. After Philippou’s removal from the card, Camozzi valiantly stepped in to attempt to tame the gator. The Main Event of the night and the tilt catching most of the media attention pits former Strikeforce Middleweight Champ Luke Rockhold against the TRT fueled Brazilian ‘Young Dinosaur’ Vitor Belfort. Most of my preview will take a look at that fight and the surrounding issues, but I’ll throw out my picks for the rest of the card as well. Here we go!

Never heard of Jaragua Do Sol? Doesn’t look like it sucks…

As always, these Brazilian cards are loaded with hometown fighters. I know absolutely nothing about Zeferino, who is making his Octagon debut, but from some quick research, he looks like a BJJ ace with a 13-4 record and 9 W’s by way of submission. Natal is no BJJ slouch himself and has Octagon experience that will earn him a unanimous decision victory against the promotional newcomer.

Dos Anjos is on a three fight win streak and in my opinion he makes that 4 in a row this weekend. Dunham is a tough SOB who has had his ups and downs in the cage, but Dos Anjos has looked like a true contender recently and I think he takes a tough fought decision in the second scrap of the night. 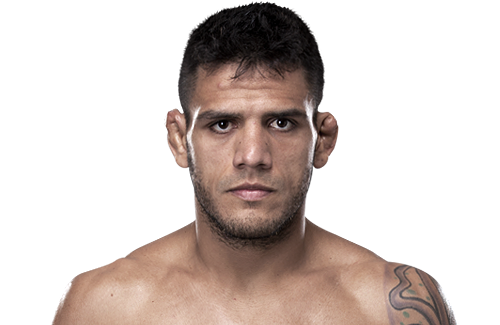 Jon Fitch and Miguel Torres had a baby?!?? Mozeltov!

At last! After working our way through the lean, Brazilian flavored prelims, we found some actual meat on this card.  Jacare has looked like an absolute monster in his last few fights, I am fully throwing all my fanhood behind his ever growing bandwagon. His KO of Derek Brunson proved that the grappler had committed himself to polishing his standup and his submission win over UFC vet Ed Herman proved his ground game was as slick as ever. Chris Camozzi seems like a good dude who interacts with the fans over on The UG, but he is standing on the tracks and the Jacare locomotive is coming through. I didn’t score Camozzi’s last “win” against Nick Ring in his favor, and even though he has won four in a row, I haven’t really had Cammozi on my radar as a contender. I think Jacare is a fight or two away from title contention and see him submitting Camozzi to the delight of the Brazilian fans.

JACARRRREEEE! It is just fun to say at this point…

This is the fight that you will want to make sure your DVR picks up on Saturday night. Now let’s make it clear that this tilt is in Brazil, therefore UFC oversees all of the drug testing. Belfort’s history with PED’s has been well documented and his love/hate relationship with his own publicised TRT use has also made the rounds on the MMA blogosphere. Personally, I think there are some athletes out there that may have a legit case for their TRT use (*cough*Hendo*cough*), but I don’t believe The Phenom is one of them. Keith Kizer of the Nevada State Athletic Commission has stated that Belfort would not be granted a Therapeutic Use Exemption for TRT in Nevada (Belfort hasn’t fought in the continental US since UFC 133…)  But then again, I am just a dude writing this from the couch in his studio apartment while watching Fresh Prince re-runs, so I really shouldn’t care what a grown man does or does not inject in to his body… but as a fan of the sport, I feel it is total BS that he gets away with it, but that is a blog for another day.

Now for actual the fight, Rockhold is one of the last big names from Strikeforce to make his Octagon debut. To win the Strikeforce Middleweight belt, Rockhold took a close fought decision from the aforementioned Jacare then the ‘surfer’ defended his belt twice in two rather lackluster coronations against Keith Jardine (haven’t heard that name in a while!) and Tim Kennedy.  Vegas has Rockhold (-120 to Belfort’s +130) as a very slim favorite and I think I will have to agree with the wise guys.  If this thing goes past the second round, Rockhold’s conditioning will let him cruise to a decision over ‘The Young Dinosaur’. Though, as always, the AKA product will have to avoid the typical Belfort Blitz if he expects to get his hand raised at the end of the night. Rockhold proved to have a Machida-esque evasiveness in him against Tim Kennedy and I think he will use his footwork to wear down Belfort and earn a decision win. 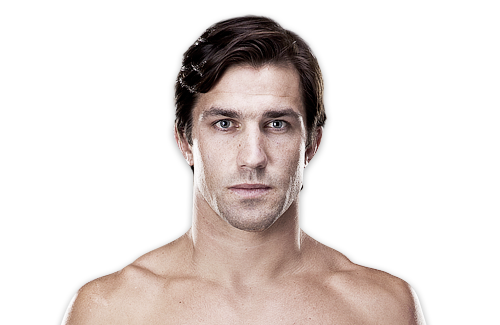 3 Responses to Back to Brazil: Taking a look at Belfort versus Rockhold