Can the Dreamcatcher slay The Dragon?

After a decision heavy UFC 169 card a few weeks ago, the Zuffa brass are hoping that this event going down in Brazil will have plenty of excitement for the viewing public. A slugfest here or there would be nice, but what the UFC needs most out of Saturday night is a legitimate and viable Middleweight contender. Both of the evening’s final two tilts feature highly ranked 185ers that could lay claim to #1 contendership with an impressive outing. The issue is that aside from Jacare Souza, the other three fighters involved in the collective fisticuffs are noted for their ability to act as a proverbial glasses of warm milk before bed… Who knows what could happen when you toss two martial artists in a cage for five rounds though! On to the preview!

For some reason I feel like there is a big talent discrepancy here. Ogle has a metric ton’s worth of heart, but as the educated arm-chair matchmaker that I am, I don’t see him as having much much to offer ‘Do Bronx’. I mean, Oliveira went three rounds with Frankie Edgar, that ain’t something you forget quickly. Ogle is a likable kid, but he is going to be outclassed here. Oliveira by submission. 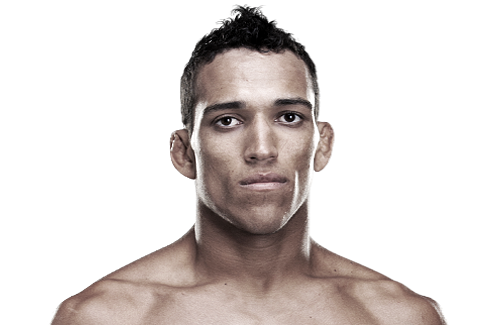 I would be lying if I told you I knew anything worthwhile about Andrade, but don’t fret, I have a fact or two in my back pocket about Musoke! First, the guy looks good getting off the bus. He may have an intimidation factor working for him like Cheick Kongo had back in the day. Musoke last took out Alessio Sakara by armbar and is undefeated in his last seven. Andrade is a slight favorite due to the fact that he is a hometown guy but I like Musoke in an upset decision. Musoke by decision.

You know when some no name jobber from the local wrasslin’ scene would get his butt whipped by Hulk Hogan back in the day just for the heck of it. You know a good ol’ fashioned squash match??? That is what we have here. Silva was once the next big thing in the Welterweight division but he has run into some roadblocks to super stardom. First, Fitch ‘Fitched’ him and then he suffered a comeback KO loss against Stun Gun Kim. Joe Silva seems to be throwing his namesake a bone here in his homeland. Sato was once a King of Pancrase but that title holds as much weight in the MMA sphere as ‘Burger King’ does in the world of fine dining. To his credit, Sato has never been submitted in 32 career fights, but is still sporting a hefty +1000 moneyline next to his name according to the boys Vegas. There is little doubt Silva wins here, the real question is how he does it. Let’s go with the old faithful TKO. Silva by TKO.

You would think that a ripped, 32 year old Welterweight on an 11-fight win streak training out of one of the best gyms in the world would be someone that the UFC could market the crap out of… Not the case with our buddy Francis Carmont. Carmont is the definition of a grinder. He wants nothing more than to press you up against the cage and wear you out until the final bell rings. You can’t hate his style because as boring as it is, it works rather well. It should be noted that he has neutralized powerful strikers Lorenz Larkin and Costa Phillippou on his way to his last two decision victories. Now this style leads to wins, but it doesn’t make fans, that’s for dang sure. How do you counter the impending snoozefest that is a Carmont fight? With none other than Jacare the Gator himself! The Brazilian Middleweight has taken a page out of Miley’s book and been an absolute wrecking ball since jumping over to the UFC. He is the grappler’s grappler and has the power in his hands to make the biggest ‘Just Bleed’ fan cry out in joy. He is the ideal package for an MMA fighter in 2014.

Now the real question is if Jacare can continue his dominance against a TriStar trained grinder like Carmont.  I absolutely think he will. Jacare is an otherworldly talent. Carmont will look to keep this close to avoid Souza’s power, but that will inevitably lead to a trip and we now have a ground war. Who has the edge there? Obviously, Mr. Souza. I like Jacare to earn a 2nd round submission. Souza by submission. 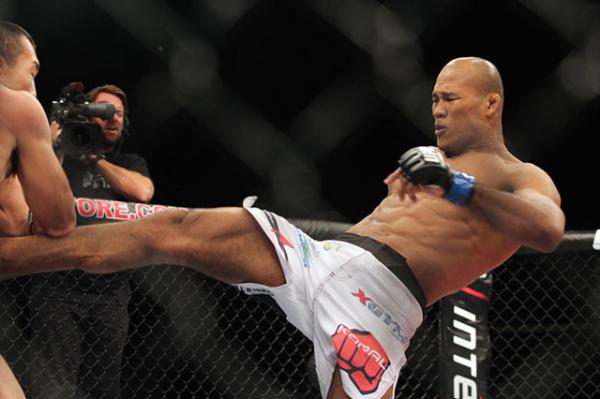 Now it is against the bylaws of my contract here at Moai Martial Arts to speak ill of Lyoto Machida, so I will not do so in this following preview. Just kidding! (Sort of…) Does this fight have the potential to be a tactical showcase of two elite strikers? Certainly does. Do I think it will be just that? Not in the slightest. These fighters are both at the top of the Middeweight ladder and a loss here would knock them both far, far away from a title shot. Machida isn’t getting any younger and he will likely err on the side of caution against the Dreamcatcher. Mousasi isn’t one to press the issue either. He was an NBA All-Star going one on one against a High Schooler in his last bout and still dragged the thing out until the final bell…

I am holding these two on essentially equal footing skill wise. Both of their striking techniques are impressive and a step above the rest of the division. If these guys went toe to toe for five rounds we could be witnesses to one of the greatest fights in the history of the sport. Sadly, I don’t see that happening. What interests me here is the weight cut. Machida has looked he caught a case of The Situation’s since his drop to 185, yet we haven’t seen Mousasi at Middleweight since 2008. If this thing is a tactical, probing, extended kickboxing match (like I think it will be) then I expect Machida’s fitness to allow him to prevail. Machida by decision.

Now that is a fight I would watch!!!

1 Response to Can the Dreamcatcher slay The Dragon?