Well, my MMA diet feels like it has taken a vegan turn over the last few months… We had a bountiful meaty feast back at UFC 168, and a decent chicken dinner for UFC 169, but every other event hasn’t satisfied my appetite for serious MMA protein. With this Saturday’s UFC 171, Zuffa is dropping a choice-cut Filet with a side of bacon on our plates. This isn’t a random card going down in some East-Asian gambling haven, or a mediocre card in Europe to appease that dedicated fanbase.  This as an old fashioned must-see UFC Pay-Per-View.

Upon first glance, the undercard looks highly watchable and is capped off with a nifty scrap between TUF Winner Kelvin Gastelum and Rick Story. The Pay Per View portion of the evening features six of the best welterweights in the world, along with a lightweight tilt between a highly touted prospect and a wily veteran. Oh yeah… At the end of the night we are crowning the first new Welterweight champ since 2007. Kind of a big deal. On to the preview!

One thing is clear in this light heavyweight curtain jerker, OSP has much more TV cage time than his Ukrainian challenger.  Neither of Krylov’s two UFC fights have been broadcast on TV or PPV, yet he is now thrust into the show opener role for one of the biggest cards of the year. “Al Capone” is debuting at 205 pounds as a late replacement for the one and only Thiago Silva…

OSP has been under the watchful eye of the American sporting public for many years now and I believe he will have a much calmer demeanor entering Saturday night. Not to mention his cardio will be inexplicably better than that of Krylov’s, who is relativly unproven at Light Heavyweight. I wouldn’t be surprised to see OSP take this thing to the mat and gamble on a submission. OSP by submission. 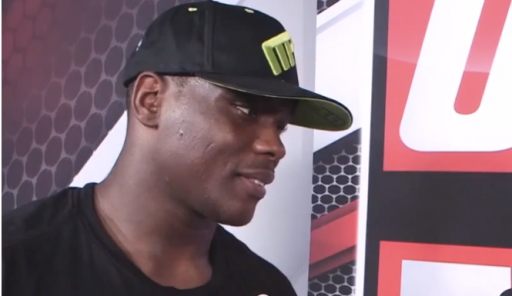 In a sad state of affairs, it is relieving that this fight is only the second tilt on a Pay Per View instead of headlining some Internet fight card in a far away land… That being said, this fight has a ton of juice riding on it in regards to the 170 lb. division. Shields has been on a winning streak as of late with (split…) decision wins over the likes of Demian Maia and Tyron Woodley, but he doesn’t ‘wow’ anyone with his smothering style. His grappling is second to none, but it simply isn’t appealing to the eye of the average fight fan. This blanketing approach could spell trouble for the human fire hydrant that is Hector Lombard.

In an AMA on reddit this week, Shields noted that Lombard isn’t known as the nicest guy in the gym and he would like to get some redemption on the notorious gym bully. I think that Shields will likely end the night with his hand raised, but there will be little redemption had. Strong grapplers like Okami and Boetsch were able to nuetralize Lombard’s assault and Shields will surely do the same. I can see a lot of this fight spent with Lombard on his back (or with his back to the cage) complaining that Shields isn’t doing any damage. Still, we know how that goes on the scorecards… Chalk up another decision win for Shields.

A great read for any MMA fan. Link above!

Ahhh, the classic wily veteran versus undefeated, unproven upstart. We know what Jury gets with a win here: a record justifying victory over a name talent, but what does Sanchez gain with a W? His last scrap (and I mean scrap in every sense of the word) was a Fight of a Lifetime performance. I doubt he is sniffing a title shot anytime soon and has taken a ton of damage in his lengthy career, yet here he is, willing to test his mettle against another young gun. Jury has never lost, but he hasn’t blown my doors off with any of his exploits in the cage either. He has slick submission skills, but I doubt he really has anything to offer Sanchez who sees black belts on a daily basis at Jackson’s camp.

Jury is the popular pick (and the Vegas pick) but I may have to go with the sentimental vote here. Wouldn’t a solid knockout by the TUF 1 winner just make your weekend? It would sure make mine. Sanchez by TKO, 2nd round. 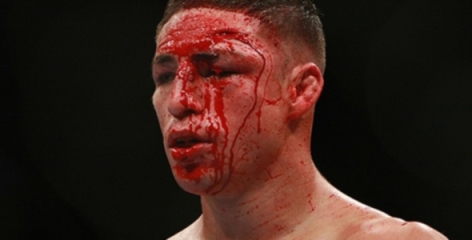 How much is too much?

Late note: Myles Jury has Tony Robbins on his side! My handicapping skills are useless!

Carlos Condit is the 2nd best fighter in the UFC Welterweight Division. That is a fact, and by fact I mean it is a very strong opinion that I carry. Due to a few unfortunate losses (one to GSP and one to Hendricks), it made little sense for Condit to get booked into this fight for the now vacant 170 pound title. Instead, he gets to face one of the most promising prospects in recent MMA memory: T-Wood! This one has all the makings of a classic.

We know what Condit brings to the table: Pinpoint, awkward striking and relentless cardio. T-Wood has the ideal skill set to combat ‘The Natural Born Killer’s’ strengths: wrestling, power, and dynamic athleticism. Both fighters looked like world beaters their last time out with vicious knockouts. I don’t know if anyone will go to sleep in this tilt, but the skill level demonstrated will be unprecedented. From what the Internet has told me about this fight, Condit has been in a nearly endless camp since his win over Kampmann last year. T-Wood is a generational athlete, but has proven suspectible to solid game-plans. Jake Shields negated any and all offense in their fight at UFC 161 and Nate Marquardt went all Mortal Kombat on T-Wood showing us that his chin isn’t made of adamantium. With this being a three round fight, I don’t see a finish happening. I can see Condit circling as usual, picking his moments and inflicting as much damage as possible. If he can avoid the takedown, (as I think he has been practicing over the last sixth months…) Condit takes two rounds and wins this thing by decision. Condit by decision.

The Unstoppable Force versus the Immovable Object. Both these guys have C-4 attached to their fists and love to watch them explode on other dude’s domes. This one should be fun…

Another strong opinion that I possess is that Johny Hendricks beat GSP at UFC 167. When Michael Buffer began announcing “And STILLL…!!!!” it was the most shocked I have ever been by a decision in an MMA fight. My jaw literally fell off and hit the floor. If you ask me, Hendricks is the rightful heir to the Welterweight throne.  Though on Saturday night, a certain Mr. Lawler will do his best to derail the crowning of the future king. Robbie Lawler is ruthless aggression condensed into the form of an immensely intimidating human being. He throws haymakers with no remorse and rarely relents his attack. The beating he threw Rory Mac was so damn satisfying that it was almost a morbid form of community service for the MMA blogosphere. Lawler is a veteran, we know that story. From the Miletich camp to the UFC to off-brand promotion Champion,  the guy has traveled many miles within the sport. His long journey could finally reach the pinnacle on Saturday evening.

As for the fight, Vegas has Hendricks at around a 4-1 favorite for this Main Event. I have a hard time arguing with that as he holds a trump card that Lawler just cant answer. Wrasslin’! If he wanted, Hendricks could commit to takedown after takedown for five rounds and likely grind out a decision, but that is not how Bigg Rigg plays the game. If we are lucky, these two savage strikers are going to throw down hillbilly style and it could be absolutely epic. Lawler seemingly strikes quicker, but Bigg Rigg may have the slight edge in sheer power. Both fighters possess concrete chins and haven’t been rocked in recent memory. I think this could be a classic where two fighters realize each other’s strengths and embrace them.

As much as Hendricks seems like a good-guy gunslinger, I think his thirst for the belt will outweigh his thirst for blood.  There will be a few bombastic exchanges, but the kid from Oklahoma State is going to fall back on his base and win this thing with his wrestling. Takedowns, ground and pound, slicing elbows from the clinch. Look for it all. Hendricks by decision. 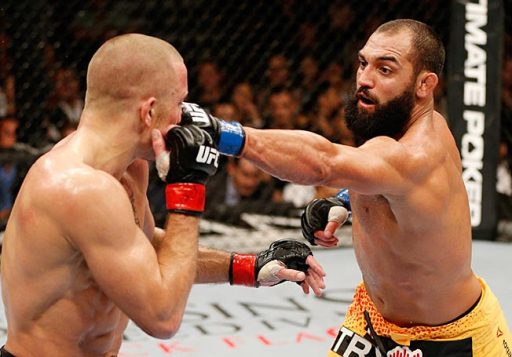