If Ryan Bader and OSP fight in the woods, does it make a sound? 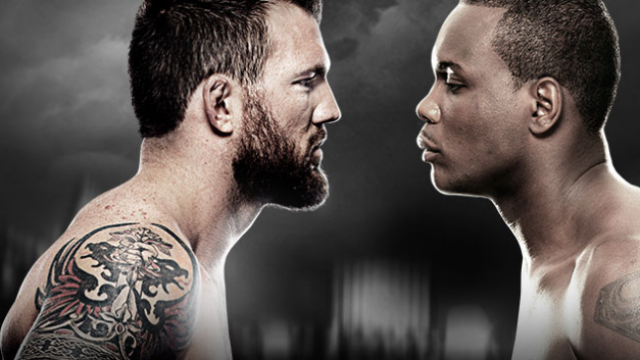 Now, listen here loyal followers: Even with an event as weak as this Saturday’s card in the boonies of Maine, I wasn’t going to leave you without your ALar fix. In my mind, this card serves one purpose: to let Dana White hang out at his Maine vacation compound during fight week. That’s about it, I mean, OSP/Bader is a solid light heavyweight tilt, but it should by no means be a Main Event in the UFC in the year 2014. You can see the full card after the jump.

Oddly enough, the only fight I would go out of my way to watch would be the Formiga/Makovsky matchup on the prelims.  That booking probably has bigger title implications than the Main Event itself. With the Light Heavyweight strap on hold until 2015, and a hungry Swede awaiting the victor, we likely wouldn’t see a new contender at 205 until the Summer of next year. Though, with the 125 pound division starving for talent and characters, this ‘Prelim Main Event’ is certain much-watch material. That said, if I had to make a call, former Bellator 135-lb. champ Makovsky has the wrestling chops to grind this thing out and earn a victory. 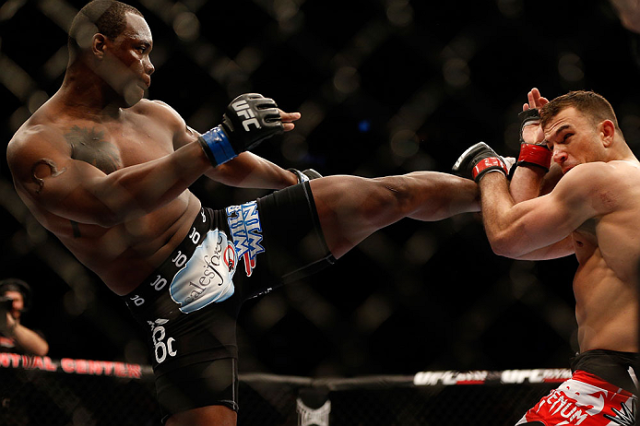 As for the Main Event, I just can’t get amped up for it (Especially since this weekend’s real Main Event is on Sunday…) Vegas sees Bader as a slight favorite and I guess that makes sense because he has more experience in the cage. Yet something about OSP’s football past makes him increasingly intriguing to the MMA prognosticator in me. He is on a four fight finish streak, which is nothing to shake a stick at, but his competition hasn’t exactly been the most heralded bunch. This is a true test for the former Volunteer, and I doubt he has what it takes to pass.

Ryan Bader is a wrestler at heart. He will mention his days at ASU any chance he gets. While OSP may be stronger physically, Bader has the gift and will to keep the footballer on the ground for 15 minutes. Which, sadly, is the way I think this likely plays out. Bader knows that his title hopes are scrapped if he drops this one, therefore he will play it safe and snag a decision. Can OSP pull out another never-before-seen submission? I doubt it. Bader by decision.