How much spare time do the MMA decision makers think us fight fans have? This weekend alone there will be THREE reasonably populated MMA cards that could make for a long few days on the couch for the average fight fan. Friday night, the UFC Women’s Strawweight Champion will be crowned as Carla Esparza and Rose Namajunas clash at the culmination of TUF 20. Saturday evening, Jon Fitch and Rousimar Palhares will tangle in the WSOF cage, and I mean, that should be pretty gosh darn exciting. And lastly, the cherry on top of the weekend is the UFC on FOX 13 card featuring a mish mash of heavyweight tilts and the return of a Diaz brother. Can you ask for much more? Are you not entertained?!?! Warm up that couch and hit the jump for a breakdown!

Why is an undercard fighter front and center?

Ladies! Ladies! Ladies! This card is chock full of the cast of characters from the recent mildly entertaining and rejuvenating season of The Ultimate Fighter. It is pretty cool to see the UFC brass actually use TUF to stage meaningful fights. The entirety of the strawweight division (minus the one and only Paige Van Zant…) was featured on this show. We now know of AND care about these fighters. Fight marketing 101, create some sort of investment in the athletes. Boom. Hire me Dana!

A few girls on the show seemed to be heads above the rest. Obviously, the two in the Championship fight, along with Joanne Calderwood and Jessica Penne may end up being the cream of the crop. While an inaugural UFC title fight should be enough to get you to tune in, there’s a mix of entertaining scraps throw in here to fill out the night.

Who throws some crazy spinning stuff first? Early morning line is on Cruickshank…

While ‘Thug’ Rose is clearly the more marketable fighter, I have to side with Carla here. She was just getting into her groove on the show. She shook off some serious rust in the TUF gym and looks primed to insert herself into UFC lore with a title win. Even though she won her fights in impressive fashion, Rose just looks smaller than every girl on the show. Carla will recognize this and use her strength to earn a clear decision win. 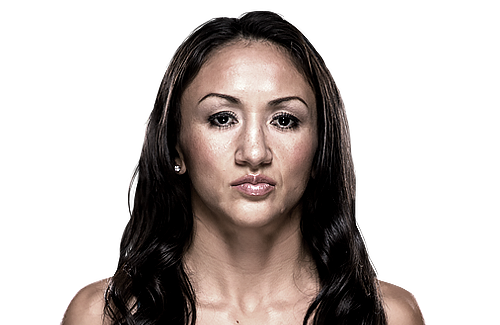 I usually don’t even click on articles pertaining to WSOF, but whenever you toss in the patella collector Rousimar Palhares, I feel a strange draw to the promotion. When Fitch first jumped ship to WSOF, it was almost viewed as a coup by the MMA community. Though, since signing, he hasn’t exactly lit the world on fire. Frankly, I am scared for his LCL’s and MCLs come Saturday night, as I fully expect Palhares to take them home and cook up some sort of supernatural ligament stew. That’s the call, Palhares by leg lock. It would be asinine to pick anything else.

Tune in to catch Team Alpha Male products Lance Palmer and Justin Buchholz, that’s about it…

Love when a fight card comes together!

Well, didn’t this freebie sneak up on us? With all the heavyweight bouts on this card, you could probably set the DVR and only have to catch up on about a half hour of actual fighting come Sunday morning… Not that I’m giving you any ideas or anything.

Matt Mitrione is coming off a flash KO of ‘The Black Beast’ Derrick Lewis that I witnessed with my own two eyes at Foxwoods. He then proceeded to ramble incoherently into the microphone in a celebratory fervor, but I digress… After cleaning the clocks of Dave Herman and Shawn Jordan, Meathead’s opponent Gonzaga looked ready to make a run to the top, or at least contention. In an unfortunate turn of events, a decisive loss to Mr. Main Event Miocic in January derailed that hype train. Vegas digs Mitrione here, but it is really a tough call. Two goliaths are going to smack eachother upside the head until one goes to sleep. Let’s say Meathead takes the W by KO for gits and shiggles.

There may be no more polarizing figure here at Moai Martial Arts than Alistair Overeem. I generally defend him and his, um, “inflated” PRIDE and K1 pedigree. While the bossman tends to set off on War and Peace-esque diatribes against the hulking Dutchman and his PED use. Regardless of our opinions, we both lamented the fact that when we saw Overeem graciously taking pictures with fans on his way out of Foxwoods after his loss to Rothwell, that our iPhones were both out of juice. Thanks Apple!

When Reem dethroned Brock Lesnar as resident beast incarnate of the Heavyweight division, I thought the sky was the limit for the guy. He had stupid power and a hilarious lack of self awareness that would have made for some seriously entertaining blogging content. Still, nothing has gone The Reem’s way since that fateful fight. With Brendan Schaub’s lack of a chin being a hot topic lately, can we say the same for Reem? Ben Rothwell put him out pretty dang quick at Foxwoods, can he recover for another run? 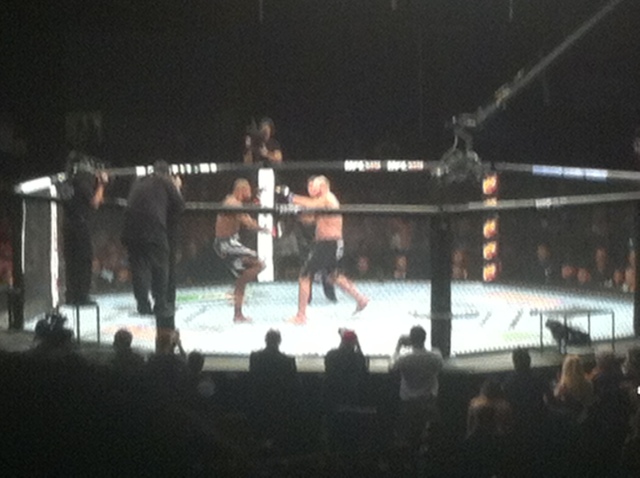 In the Rothwell fight, it looked like Alistair had adopted a movement style similar to Jon Jones. Combining that with his lethal strikes could have been game changer. Still, if there is no chin left to smack, a Heavyweight fighter may have to think about hanging ’em up. Speaking of hanging it up, Stefan Struve was about to return from a career threatening condition at UFC 175 in July, but nerves got the best of him. While some were quick to poke fun at the towering striker’s emotions, I wholeheartedly believe that if you are not mentally there entering a professional cagefight with another human being, you likely shouldn’t compete.

As for the result here, I think I have to pick Overeem. I feel like I have some condition to pick him to win by spectacular knockout, but every damn time he ends up blowing it. This IS IT for Reem in the UFC Octagon. He needs to prove that he is worth keeping around, a few stiff straights to the chin of Struve should earn him another jaunt in the UFC cage.

While pro wrasslers are being signed to much ballyhoo, a true mixed martial artist’s return to the cage is flying wayyy too far under the radar. Nathan Diaz throws his hat back in the mix against perennial contender and relatively nondescript Rafael Dos Anjos the weekend. RDA shocked the world and actually put together an engaging performance against the human NyQuil bottle Benson Henderson earlier in 2014. RDA KO’d the former champ in the first round with some vicious strikes. Can he do the same to the undoubtedly rusty Diaz?

I doubt it. Can he stifle him with movement and grappling? Likely. RDA is a 2-1 Vegas favorite and that is purely because he knows how to play by the rules of MMA better than Diaz. In Nate’s life, the only rules that matter are the Stockton Scrap Rules, which are yet to be adopted by most regional athletic commissions…

Sadly, I think RDA knows he is near the top of the heap of 155 pounders and grinds this thing to a decisive halt. RDA by decision. (I picked Reem to win again, and bet AGAINST a Diaz brother? I think I need help…)

Finally the Main Event of the weekend. Big time. Junior Dos Santos and Stipe Miocic are going to tangle up and toss some nasty leather. JDS is one of the fighters that I enjoy watching hone his craft the most. While most heavyweights rely on pure power, JDS still brings crisp and slick boxing to the table that would make flyweights blush. (That’s if those little fellows actually had human emotions…) Oddly enough, Stipe brings a similar skill-set to the table, just at a significantly lower level. If these two behemoths decide to turn this thing into a boxing match, this guy right here certainly won’t be disappointed. Though, no matter how the fights goes, I don’t see Dos Santos losing. Even though Cain has drubbed him six ways to Sunday, I still believe he is the second best Heavyweight in today’s game.

Stipe has some pop in his hands, but he has never seen anyone in the cage with remotely close to the talent that Cigano holds in his mitts. This should be fun, …if you are a JDS fan. Let’s say 3rd round TKO for the Brazilian.

Holy crap, that is a ton of fights! Enjoy your couches this weekend fight fans!