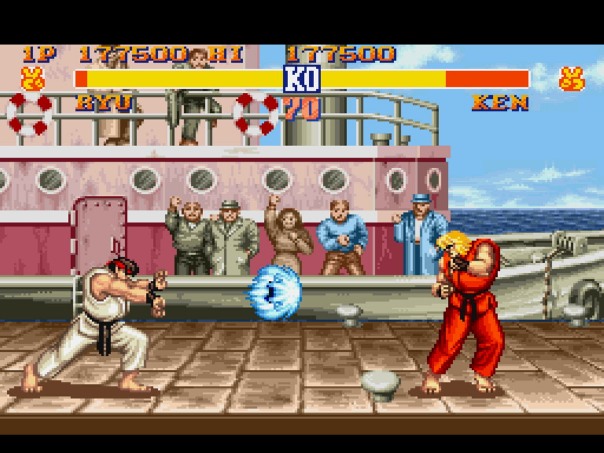 How would Ryu and Ken fare in the cage???

Here at Moai Martial Arts, we often like to think theoretically about the sport of MMA and its athletes. We toss around questions like, could Anderson Silva beat Brock Lesnar? Does BJ Penn actually train before fights? How many Big Macs could Roy Nelson eat in one sitting? But the question we keep coming back to is, who is the last guy in MMA that we would want to see waiting for us at the end of a dark alley? Clearly every guy in the organization could kick our butts, though there are a select few that would have us crying in the fetal position if we ever encountered them. Here are our choices…

Imagine that pad is your face...

As we learned from this viral video, you don’t mess with Roger Huerta, especially if you just sucker punched a girl. Huerta threw together an impressive 21-5-1, 1 NC record in MMA, but has since ventured away from the sport. He was recently seen in action in the Bellator Fighting Championships, and starred in the live-action movie version of the popular fighting game Tekken. Huerta was also notably highlighted on the cover of Sports Illustrated that featured an article about the future of MMA in American society. Oh, and the guy he knocked out in that video? He was an ex-linebacker for the Texas Longhorns, no slouch if you ask me. My advice: shy away from the sucker punches when Roger Huerta is around. 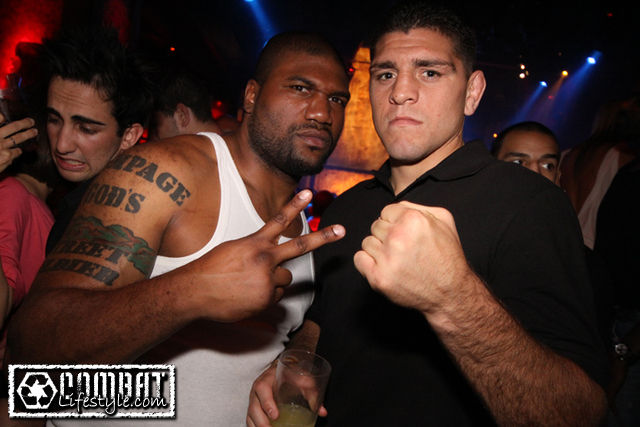 If you read my last article, you know that I am a serious Rampage fan, so you know I needed to include him on this list. I mean the guy has ‘Rampage: God’s Street Soldier’ tattooed on his biceps, so you know he means business. If I was walking down an alley in a shady neighborhood and a guy wearing a chain necklace was howling at the moon like a wolf, I would be high-tailing it the other way. 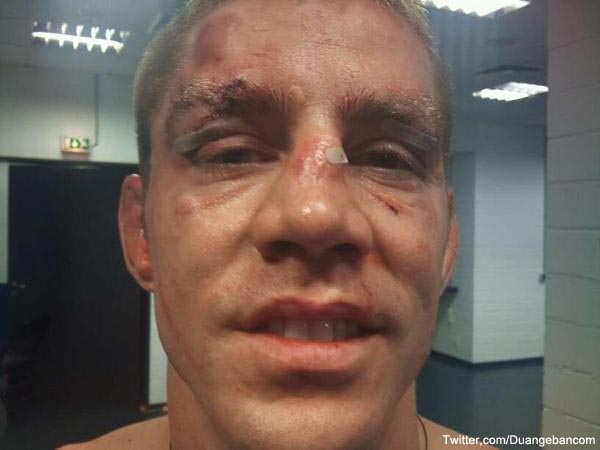 This one may seem like a head-scratcher to some, so let me explain. Ludwig has recently started a promotion storm over the idea that he in fact holds the record for the fastest knockout in UFC history. Ludwig is credited with an 11 second knockout of Jonathan Goulet at UFC Fight Night 3, but in actuality Mario Yamasaki calls the fight after about four seconds. For some odd reason, officials recorded the time of the bout at a preposterous eleven seconds. Todd Duffee currently holds the record with a seven second KO if Tim Hague at UFC 102, but I think that record deserves an asterisk, much like Barry Bond’s home run record, until the situation is sorted out by the Nevada State Athletic Commission. Ludwig earns a spot on our list as a promotion for his righteous cause, and if we ever encountered him in a dark alley, we would be taking a nap on the concrete before we even knew what hit us. 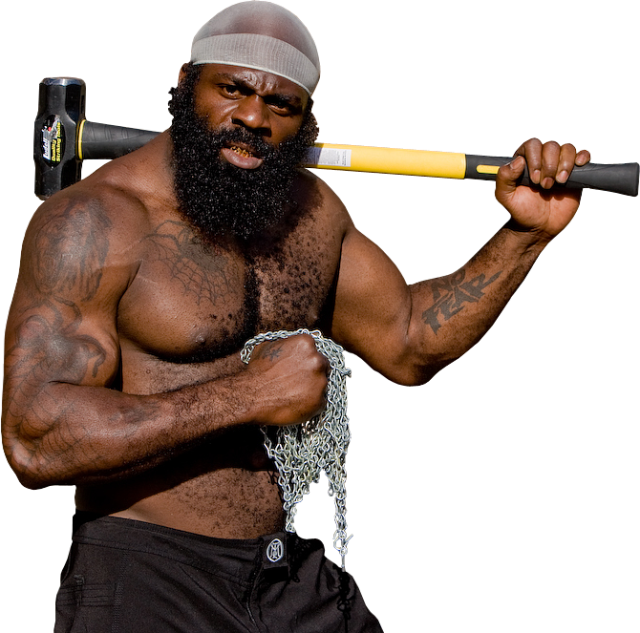 If that isn't intimidating, I don't know what is...

Kimbo HAD to make the list. The reason he got a shot in MMA was because of his power in his viral street fights. These bare-knuckle, back alley brawls got the attention of millions of viewers on the internet who then claimed that Kimbo could hack it inside the cage. Listening to the fans, the now defunct EliteXC signed Kimbo to a contract that would eventually have Kimbo fight on the first MMA card televised on prime time network television. Kimbo won that prime time fight by an odd doctor’s stoppage when a left hook from Slice ruptured James Thompson’s cauliflower ear, leading to a referee stoppage. Kimbo went on to fight on The Ultimate Fighter Heavyweights, where he lost to eventual champion Roy Nelson in his first fight. Slice later defeated fellow striker Houston Alexander, but his MMA career fizzled after that. Kimbo’s MMA career was sadly doomed from the start, as he had no formal training in any sort of grappling; therefore, if you took down the bearded brawler, you could beat his face into the mat until the referee told you to stop. Slice has since taken up a career in professional boxing, where he won his debut in true Kimbo fashion, a first round knockout. His MMA career may have lacked legitimacy and skill, but one thing is certain, no one in their right mind would want to see Kimbo in a street fight. 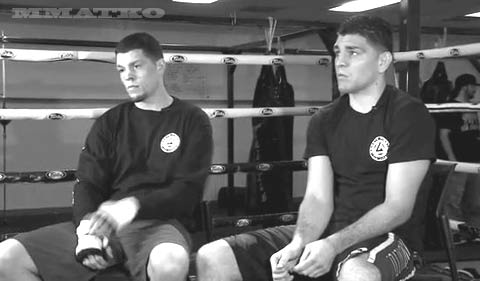 Don't look so sad boys... You earned the top spot on our list!

Let it be known, the Cesar Gracie Jiu Jitsu crew rolls deep! After teammate Jake Shields defeated Dan Henderson at Strikeforce Nashville, resident MMA punk ‘Mayhem’ Miller interrupted Shields victory interview asking for a rematch. This did not sit well with the Diaz clan or Gilbert Melendez. From their post in Shield’s corner they rushed Mayhem and proceeded to throw haymakers and curb stomp all that were in their way that night. Multiple suspensions were handed out after the debacle, but the crew headed by the Diaz brothers sent out a serious ‘Don’t mess with us’ message that night. I feel as though the Diaz brothers are getting a lot of print on our blog, but they clearly deserve this number one spot. We know that if one Diaz brother is getting in a fight, or a cousin of one of the Diaz’s friend’s sister’s hairdressers is getting into a brawl, the other is sure to follow along with the rest of the Cesar Gracie crew.

Who is the last MMA fighter you would want to see in a dark alley? Let us know in the comment section!