Wrestling to MMA: A Seamless Transition

Posted on February 6, 2012 by moaimartialarts

The emergence of wrestlers in the UFC isn’t a new fad, it’s just one that is taking over more and more. Gradually the sport’s top fighters–Cain Velasquez, Jon Fitch, Dan Henderson (an Olympic Silver Medalist), Matt Hughes, Josh Koscheck and many more–all have NCAA wrestling experience. Many up-and-comers and stalwarts of the sport  have their roots deep in a wrestling background.  Why are these wrestling skills so vital and effective in the violent world of mixed martial arts though?

So many of today’s big names come from high-level wrestling competition, starting with Chuck Liddell. Although never gaining major recognition for his grappling Liddell was a division one wrestler for Cal-Polytechnic, and eventually would become one of the most celebrated and admired fighters in the history of the UFC. 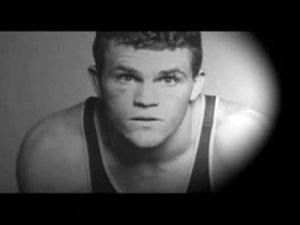 Next is another legend, Randy Couture, who was a two time All-American at Oklahoma State and a two time runner up for the NCAA division one title at his weight class as well as an Olympic alternate. Much like Liddell, Couture is now in the UFC Hall of Fame, and is one of the most recognizable faces to ever grace The Octagon. 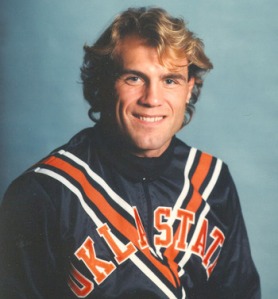 Next we have guys like Brock Lesnar, the former 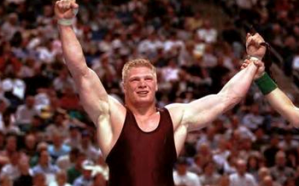 University of Minnesota wrestler, National Champion, and holder of a career Division One record of 106-5. Two of the biggest names in the sport right now are Rashad Evans and Phil Davis, who recently fought, with Rashad taking the W.

Evans wrestled for Michigan State earning a 48-34 record over his three years wrestling. Davis wrestled for powerhouse Penn State winning the National Title in 2008, and amassing a 116-15 record while attending the school as well as becoming a four time All-American. 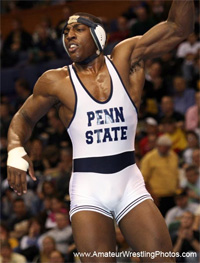 But what makes these guys so darn good transitioning into a sport that involves so much more than just wrestling? Well it’s all about takedowns. Wrestlers tend to rely on the “shoot” method of taking down an opponent, meaning to thrust yourself at an opponents legs. Most often the most popular takedowns are single-leg or double-leg with their being many variations out of these.

The single-leg takedown focuses on shooting at the nearest leg of an opponent. It is very simplistic because once thrusted usually into the shin all that is needed is an ankle twist or merely just a second explosion. Oftentimes you can land in side control or half guard, leaving your opponent at a disadvantage.

The double-leg takedown requires more technique and explosion. When shooting in you have to have your man off balance and really drive your body in between his thighs. It is possible to lift your man up at this point and slam too.

So, in a sense, the techniques learned in wrestling provide a base and crucial skill-set for fighters wanting to have the upper hand on their opponents as well as a dominant ground game.

One of the best examples of the dominance learned from wrestling is former UFC heavy weight champ Cain Velasquez. Velasquez is a two time All-American wrestler, and, in almost every fight he partakes in, a wrestling base and real glimpses of a wrestlers mentality are shown. Although he is feared for his striking as well.

Velasquez has a 68.2 percent success rate in his takedowns, according to Fightnomics.com, and a 60.9 percent success rate for landing significant strikes. The reason wrestling can be attributed to this is because Velasquez is able to get his man to the ground easily, distribute his weight in a dominant manner and deliver fierce strikes from the top where his man is usually unable to deliver any significant damage.

Velasquez has an impressive 6 to 1 ratio in terms of how many times he hits versus times being hit in his fights says Fightnomics.com, and none of this was more apparent than in his dismantling of Brock Lesnar. His ground and pound of Lesnar was so brutal and unrelenting that the fight was stopped.

All in all, wrestlers have a skill set very well suited for MMA, and wrestling is in no way taking away from the sport. There are so many ways to take a man down if you have a wrestling background. Be it a back trip from the clinch, a reverse slam, a suplex, or the aforementioned shoot techniques. Wrestling, having no real pro potential, provides an entrance way into the world of UFC and other MMA outlets.

Lucky enough to grow up with the martial arts, I have felt their positive influence throughout my life and am especially interested in sharing these experiences with others. I enjoy working with youth and adults to give back some of what I've received. If you would like to learn more about Uechi-Ryu/Shohei-Ryu Karate, or if you want to find people to train with, please contact me. I am the head karate instructor for the Meriden Martial Arts Club.
View all posts by moaimartialarts →
This entry was posted in MMA, Opinion and tagged Brock Lesnar, Cain Velasquez, Chuck Liddell, Mixed martial arts, randy couture, Rashad Evans, UFC, Ultimate Fighting Championship. Bookmark the permalink.