UFC 163: Dragons and Zombies in Brazil!

So we are letting Zombies fight in cages now? Cool with me.

So this Saturday, the UFC begins a barrage of Pay Per View title fights that will take us to the end of 2013. In the Main Event of the night, Featherweight Champion Jose Aldo will defend his belt against challenger ‘The Korean Zombie’ (or Chan Sung Jung if you want to be proper.) Contrary to some Internet warriors, I don’t care that the UFC has been billing the Korean superstar as a ‘The Korean Zombie’ in their promotional materials leading up to UFC 163. What would you do if Zuffa’s bottom line was your primary interest? Using the name TKZ instead of CSJ is surely the best PR move since few fans outside of the ‘core’ audience have heard of Chan Sung Jung and more will likely tune in because a dude is being called ‘The Korean Zombie’ by an energetic Joe Rogan in the event’s countdown shows.

On a more positive note, these two Featherweights seem adverse to boring fights. Both have a strong penchant to put on Fight of the Night-esque performances any time they enter the cage.  This Main Event should be a scrap that makes us forget about whatever Rory Macdonald and Jake Ellenberger did last weekend on FOX. On the the preview!

Undercard on FX at 8 PM (Picks in Bold) 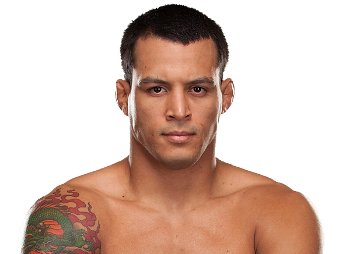 This card had a slew of injury fallouts, and just like last week, I am shocked that a few fights here are not being bumped up to improve the quality of the Brazilian flavored Pay Per View, but again, I am just a guy sitting here writing this in his parent’s basement…

Main Card on Pay Per View at 10 PM EST 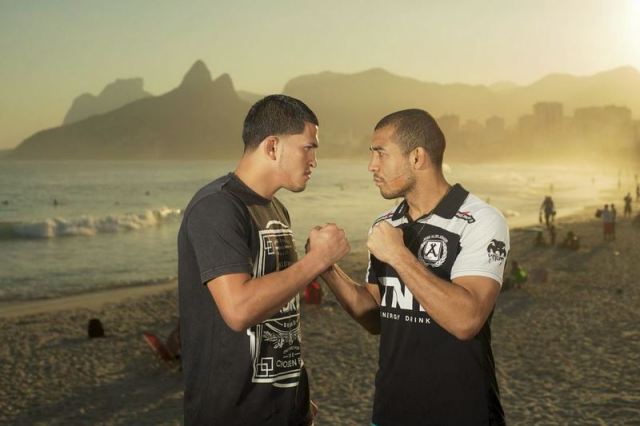 Damn you and your meniscus, Showtime…

Admittedly, I know jack squat about Tome besides what I can learn from looking him up on Sherdog. He is undefeated since a March 2008 loss to Jussier Formiga, which is pretty damn impressive. The thing is, I have watched Lineker’s last two fights and think he is one of the most talented fighters in the 125 lb division. Lineker is a 4-1 favorite in this one and I wholeheartedly agree. I’ll go out on a limb here and call for the TKO victory for Lineker.

This is a dark horse pick for Fight of the Night right here. We haven’t seen Leites in the UFC since his loss to Alessio Sakara back at UFC 101, but he has cleaned out the Jeremy Horn’s and Jesse Taylor’s of the world in an impressive enough fashion to earn a spot in the big show in his home country of Brazil. I don’t know if we will see any butt scooting in this one, though I believe Leites’ ground game will be the difference when the final bell rings. Leites might get a submission late, but the likely outcome is is the one time Number One contender earning a decision victory. 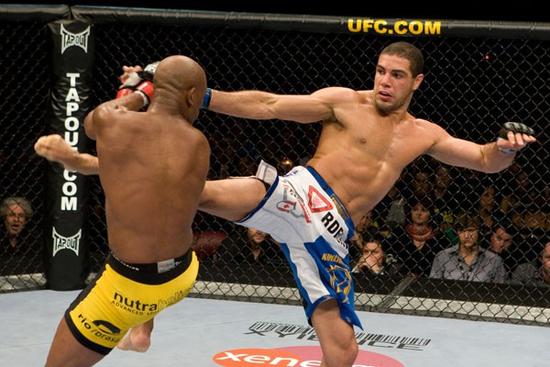 This pic makes that fight look like it was mildly interesting.

Apparently, Ferreira is a winner of TUF: Brazil, but you could have told me he was the National Brazilian Waxing Champion and I wouldn’t have been able to refute your claim. Vegas has Ferreira as a huge favorite here and I will have to side with the wise guys because, again, I have no idea who Thiago Santos is. Let’s make it interesting, Cezar by 2nd round submission. 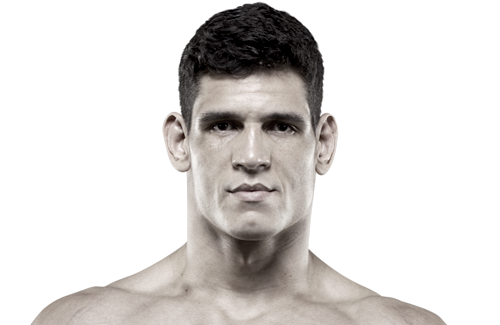 I think this is Ferreira…

Now we know someone over here at Moai Martial Arts is in a total bromance with Machida, so whenever he enters the cage it is a special moment for half of the staff.  Do I think Lyoto Machida beat Dan Henderson back at UFC 157? Nope, not a chance, but I do believe he will defeat Phil Davis on Saturday night in a similar fashion. Davis is one the best pure wrestlers in the sport of MMA, but his striking just hasn’t evolved to match the rest of his game. His tilt with Vinny Magalhaes turned in to a C-Level kickboxing match where Davis earned a lackluster decision win. I can see Machida working his magic against Davis, just as he did Henderson. The Dragon will circle and pick his spots to land precision strikes on Davis, and when Davis gets aggressive, Machida will evade and attempt to make Davis’ advances look futile in the eyes of the judges. I’ll be my bottom dollar that Lyoto Machida earns a decision victory on Saturday night. Does that bring him any closer to a title shot? I doubt it, but who knows, anything can happen in this crazy sport of MMA.

Odd marketing aside, this tilt is sure to be the most talked about matchup of this card.  We know the Jose Aldo story by now, he has DEVASTATING leg kicks and an arsenal of attacks that would make Ryu feel inadequate. Aldo also sports a black belt in BJJ, but we really haven’t seen him in a situation where he has needed to utilize his ground skills. If I were to throw together a Pound for Pound list right at this very moment, I would likely put Aldo at the very top. He is one of the few guys in the sport that I would pay serious money to watch in person.

His challenger on Saturday will be the mythical Korean Zombie. If you haven’t watched TKZ’s fights against Leonard Garcia or Dustin Poirer, do yourself a favor and head over to the Google and check them out. TKZ personifies pure action from the moment the bout starts to the second the final bell tolls. As this week’s promotions have told us, he can withstand an ‘inhuman’ amount of punishment and will just keep marching forward pushing the action. This is certainly admirable, but it likely isn’t a great strategy to use against one of the premier strikers in the sport. TKZ is as talented as they come, showcasing elite BJJ, Judo, and Tae Kwon Do in his fights, but he is coming off a fourteen month layoff due to injury. I’m not the Zombie’s agent, but I don’t think coming off a year long layoff and fighting one of the best mixed martial artists in the world is a smart move in the long run.

If I had to predict how the fight would go down, I would imagine the first round or two will be something epic along the lines of Stann/Silva, but then Aldo will begin to break down TKZ and battering the Korean’s limited defenses with an array of precision jabs and leg kicks. Aldo retains the belt with a late third or early fourth round TKO victory. 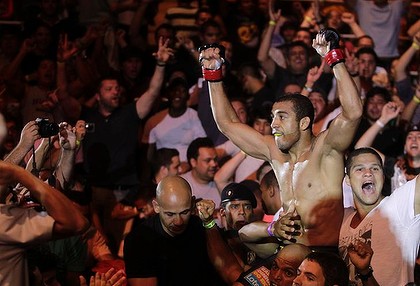 Can Aldo top his last highlight from Rio! We’ll have to tune in to see.

1 Response to UFC 163: Dragons and Zombies in Brazil!