Thanks for a Great First Year!

Posted on January 2, 2011 by moaimartialarts

The stats helper monkeys at WordPress.com mulled over how this blog did in 2010, and here’s a high level summary of its overall blog health: 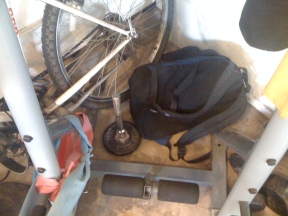 The busiest day of the year was December 13th with 119 views. The most popular post that day was Karate By Jesse.

Where did they come from?

The top referring sites in 2010 were facebook.com, WordPress Dashboard, digg.com, barefoot-running.com, and ikigaiway.com.

These are the posts and pages that got the most views in 2010.

In short, thanks for a great first year of blogging!  I hope that 2011 is even more fun and educational than last year.  Thanks for all of your help and support!

Lucky enough to grow up with the martial arts, I have felt their positive influence throughout my life and am especially interested in sharing these experiences with others. I enjoy working with youth and adults to give back some of what I've received. If you would like to learn more about Uechi-Ryu/Shohei-Ryu Karate, or if you want to find people to train with, please contact me. I am the head karate instructor for the Meriden Martial Arts Club.
View all posts by moaimartialarts →
This entry was posted in News and tagged karate, martial arts, shohei-ryu, WordPress.com. Bookmark the permalink.

3 Responses to Thanks for a Great First Year!